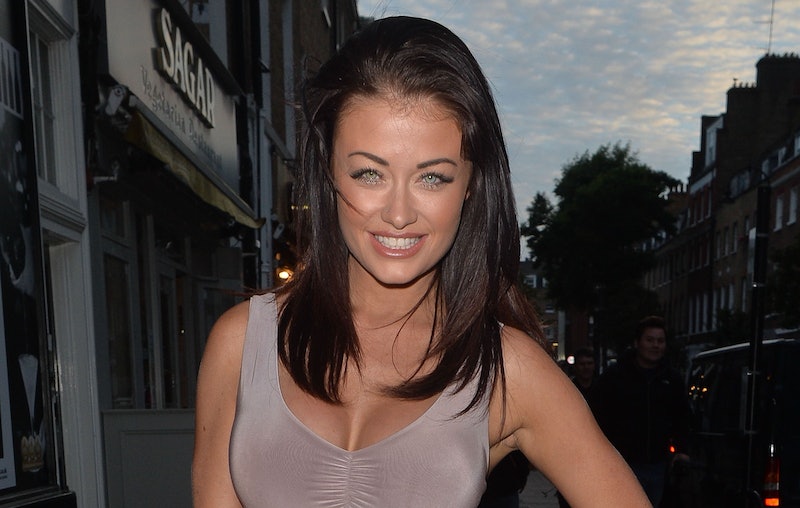 The aim of reality TV is to present people in a authentic, non-scripted way. However, it's become clear over the past few months that this can leave some contestants feeling very vulnerable both during and after the experience of being on the show. The pressure to have sex on reality TV is huge according to former Ex On The Beach contestant Jess Impiazzi, who told the BBC’s Victoria Derbyshire programme that it had felt like being "in a brothel."

Impiazzi appeared on series two of Ex On The Beach. She told the BBC she had “begged” producers not to air footage of her having sex with her boyfriend while she was drunk. Despite this, it was broadcast. She said, “I did beg them. I cried my eyes out. I said: 'Please don't show that' but you've signed your life away when you go on."

It would appear from a viewer's perspective that things can move pretty quickly on Ex On The Beach, like many other reality TV shows. However, Impiazzi told the BBC that she felt like she was under pressure to “hook up with someone” as soon as she entered the show. She said, "I had a producer say, 'Lots of shagging tonight please girls,' and I thought, 'I need to leave now.'”

Impiazzi did go on to leave the show. A statement from MTV (via BBC) was issues saying:

"Contributors' welfare across our programming is of paramount importance to us. We work with our production company partners to ensure there is an appropriate support structure for contributors and protocols in place to protect them."

Similarly, the production company behind Ex On The Beach, Whizz Kid Entertainment, said in a statement:

“Contributors are made fully aware of the nature of the programme before filming and we clearly highlight the impact of an increased public profile resulting from appearing in the show.”

They continued: "Strict protocols around sex are in place to protect our cast."

This is not the first time that a reality TV star has come out and said that there is an expectation placed to get intimate while on camera. During the 2017 series of Love Island, a former (unnamed) contestant told the Mirror, “there are condoms everywhere in the house and many of the girls feel under intolerable pressure to have sex. It’s not as if [the condoms] are discreetly placed. They are blatantly in the open. The message some of the girls take from it is clear — we want you to have sex."

However, as the Mirror states, a representative from ITV provided a statement denying the former contestants claim and said that the islanders are "not put under any pressure to be intimate with one another.”

There's no denying that shows like Ex On The Beach and Love Island are super entertaining. However, it is easy to forget that the contestants are real people who go from being relatively unknown to some of the most famous faces on TV. That is a lot of pressure in itself. No one should feel pressured to do something they don’t want to, on or off air.