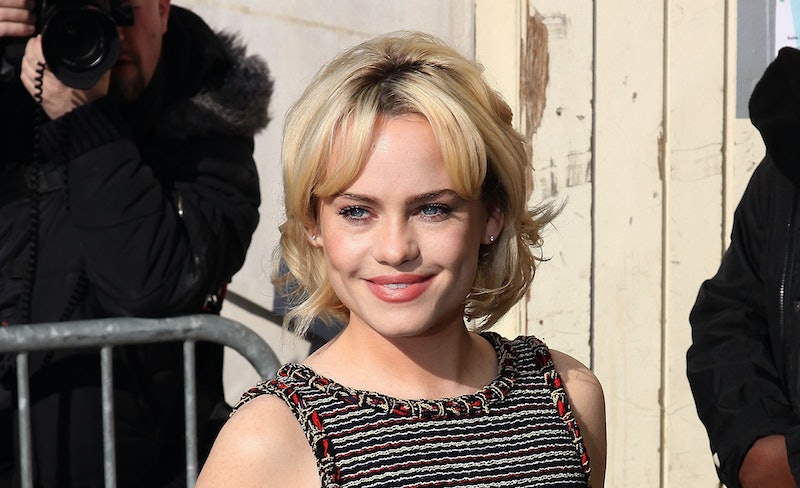 Fans of Welsh singer-songwriter Duffy were shocked when she made her return to social media on Feb. 25 to explain the reason for her 10-year hiatus from music. In an Instagram post the star explained that she was raped, drugged, and held captive "over some days." The post has had more than 137,000 likes and numerous comments at the time of writing and the reaction to Duffy’s announcement has been massive across social media, with both celebrities and fans reaching out to share support and send their love her way.

In her post, Duffy wrote, “Of course I survived. The recovery took time. There’s no light way to say it. But I can tell you in the last decade, the thousands and thousands of days I committed to wanting to feel the sunshine in my heart again, the sun does now shine.”

Celebrities reached out to the singer on Twitter in light of her announcement, with writer Roxane Gay writing, “My goodness. I too always wondered where Duffy went. This is so sad. But I am glad she is doing well.” Actor Chris O’Dowd also sent out a tweet expressing his support for Duffy. He wrote, “Christ, poor Duffy. How horrendous. I hope her request for privacy is respected by the tabloids. She’s been through enough.” Similarly, CEO of the Young Women’s Trust Sophie Walker said, “The talent and promise of women that has been lost to violent men. Huge love and respect to #Duffy. It is good to hear her voice again.”

While many fans associate Duffy with her smash hit “Mercy,” rapper CHIKA (AKA Jane Chika Oranika) revealed she has a much closer connection to the singer. She said on twitter, “No one really knows this, but Duffy was the first artist to invest in me. She literally paid for my first time in the studio. She found me on Instagram while I was in a low place, and immediately became my fairy godmother.” She continued:

"Sending her endless amounts of love. She changed my life for the better after someone attempted to change her’s for the worse. We need more people like her. My f**kng hero."

It wasn’t just celebrities who came out in force on social media to send out positive tweets and comments to Duffy. One fan wrote, “#Rockferry was truly a music masterpiece, and my family and I always wondered why she never released more music. This is horrible. #Duffy wish you the best.” Another said, “Extremely sad that this is the reason #Duffy was out of public for 10 years. How brave of her to come forward and tell her story, it takes much strength.”

Duffy ended her Instagram post by writing, “Please respect this is a gentle move for me to make, for myself, and I do not want any intrusion to my family. Please support me to make this a positive experience.” She hasn't said anything more about it but fans continue to use #Duffy to share their support.