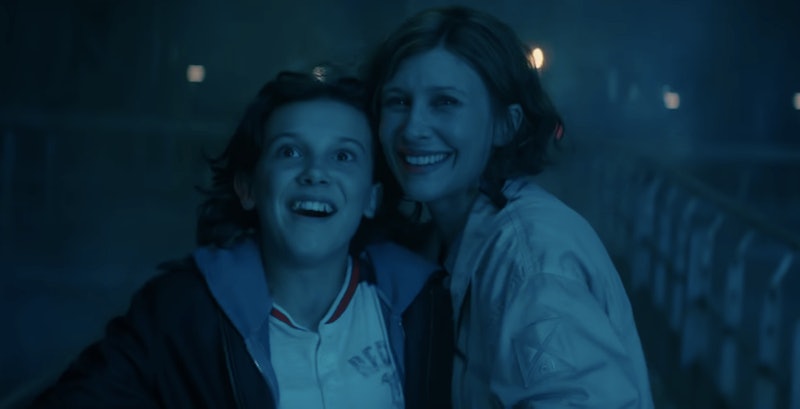 Godzilla: King of the Monsters is about, Godzilla, yes, but in order for him to be King of the Monsters, there need to be other monsters, right? The gigantic beasts included in the film might be familiar to some viewers, but if you're not up on your Japanese kaijū films and characters, you might need a guide to all the monsters in the new Godzilla.

There are four main monsters (aka Titans) in the movie: Godzilla, King Ghidorah, Mothra, and Rodan. In this movie, at least, Godzilla is the hero, Ghidorah is the enemy, Mothra is on Godzilla's side, and Rodan destroys a bunch of stuff, but partially because he lacks direction and strong leadership.

But people and their outlandish plans to save some humans by killing other humans aside, here's a quick rundown of each of the four monsters.

Godzilla is a huge dinosaur-like monster. He's also radioactive, which both makes him so powerful and is significant given that Godzilla was created in Japan in 1954. As explained by The Criterion Collection, "the original Godzilla movie was "made in Japan at a time when the country was reeling from nuclear attack and H-bomb testing in the Pacific ... Its rampaging radioactive beast, the poignant embodiment of an entire population’s fears."

King Ghidorah is Godzilla's arch-enemy, who has been featured in many Godzilla movies over the years. Ghidorah is a basically a three-headed dragon. As explained by Geek.com, the monster has had a few different origin stories over the years. In King of the Monsters, he's found in Antarctica, is released from being frozen in ice, and is an alien creature, which makes him a particularly tough foe for Godzilla.

The name says it all. Mothra is a giant moth-like creature, down to the fact that she has to stay in a cocoon for a while before taking on her final form. In King of the Monsters, Mothra is called "Queen of the Monsters," and is on Godzilla's side, which is the good side in this case. The film's director Michael Dougherty said in a short video released by Warner Bros. that Mothra is "the creature that best represents a chance for establishing a relationship between human beings and the titans."

Rodan, as King of the Monsters explains, is the "fire demon," who emerges from a volcano. Also, he can fly, which causes issues. Rodan is responsible for a bunch of destruction and has a huge battle in the film involving both Godzilla and Ghidorah, which is pretty typical for this character throughout the Godzilla movies, according to Geek.com.

These are the four main monsters in King of the Monsters, but there's another big one on the way. In next year's Godzilla vs. Kong, King Kong will join the mix. Who's your money on?