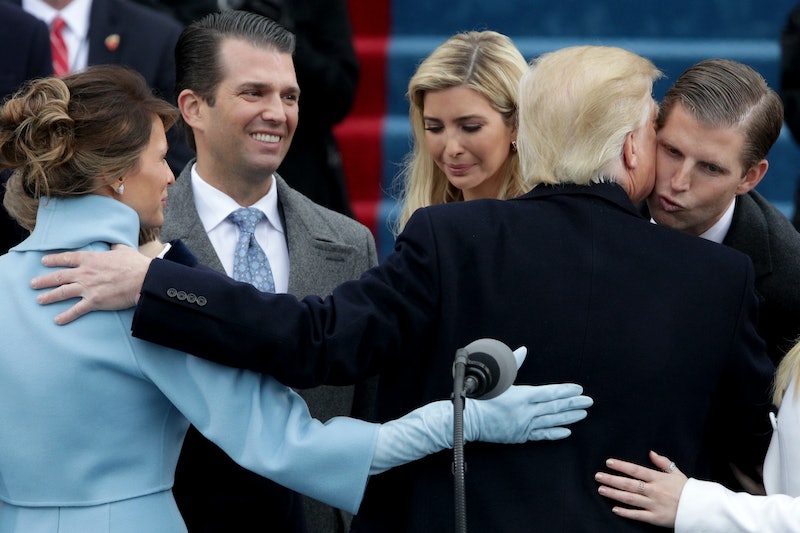 The president, alongside other members of the Trump family, are suing to block congressional bank subpoenas for Trump's financial records, NBC News reports. In a lawsuit filed against Deutsche Bank and Capital One in Manhattan on Monday, President Donald Trump, as well as Ivanka Trump, Donald Trump Jr., and Eric Trump, argued that there was no legitimate reason for the subpoenas to be filed. They asked a judge to stop the subpoenas from being enforced.

"The subpoenas were issued to harass President Donald J. Trump, to rummage through every aspect of his personal finances, his businesses, and the private information of the president and his family, and to ferret about for any material that might be used to cause him political damage," the lawsuit reads, per a copy of the filing published by the Financial Times. "No grounds exist to establish any purpose other than a political one."

In a joint statement shared on social media, Reps. Maxine Waters and Adam Schiff, who chair the Financial Services and House Intelligence committees, described the lawsuit as "meritless" and "another demonstration of the depths to which President Trump will go to obstruct Congress's constitutional oversight authority."

"As a private businessman, Trump routinely used is well-known litigiousness and the threat of lawsuits to intimidate others, but he will find that Congress will not be deterred from carrying out its constitutional responsibilities," the pair said.

The Wall Street Journal reports that Trump and his various businesses have worked with Deutsche Bank for decades. Unless a judge intervenes, both Deutsche Bank and Capital One plan to start sending documents to the committees on May 6, per the Journal.

In a statement provided to Reuters, Deutsche Bank said they "remain committed to providing appropriate information to all authorized investigations and will abide by a court order regarding such investigations."

According to the lawsuit, the Trump family argued that "the Committees are seeking all banking and financial records not just concerning the individual Plaintiffs, but also their own family members," including "documents about accounts of the Plaintiffs’ children (and in some cases, grandchildren)."

The lawsuit further claims that subpoenas sent to the Deutsche Bank requested "information for Plaintiffs’ 'parents, subsidiaries, affiliates, branches, divisions, partnerships, properties, groups, special purpose entities, joint ventures, predecessors, successors or any other entity in which they have or had a controlling interest.'"

Trump and the others joining him in the lawsuit repeatedly said that they believed the subpoenas were an overreach of power and politically motivated. Specifically, they said, the request for documents was intended "to rummage around Plaintiffs’ private financial information in the hope that they will stumble upon something they can expose publicly and use as a political tool against the President."

The subpoenas were issued on April 15, Reuters reports. As of Tuesday morning, the courts had not publicly responded to the Trump family's request for a permanent injunction against them.