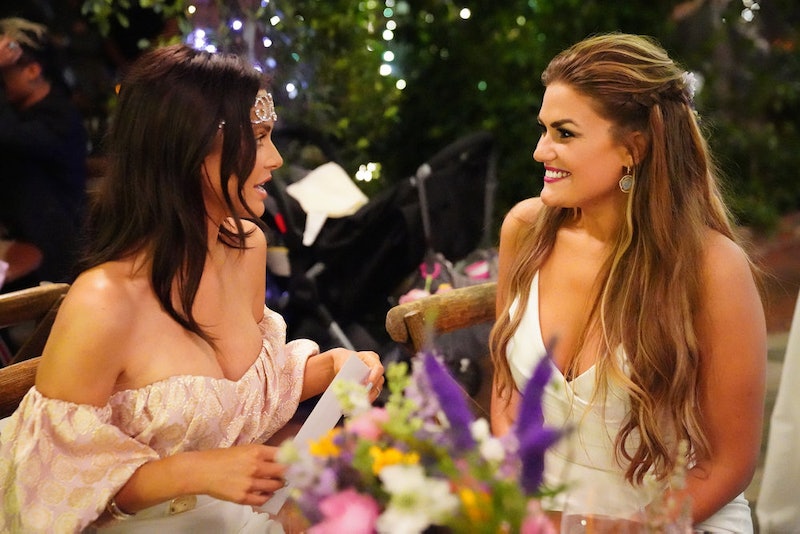 Members of the Vanderpump Rules cast are saying "bonjour" to Paris. On Wednesday, May 1, a group of the Vanderpump Rules girls went to Paris, the city of light, for a gals getaway. Stassi Schroeder, Brittany Cartwright, Lala Kent, and Katie Maloney-Schwartz all took off for their Vanderpump vacay, departing Private Suite, a members-only terminal at LAX, per Us Weekly.

The luxury only weekend continued from there, as evidenced by each reality star's dreamy Instagram posts. "And our Parisian girls trip begins... #basicb*tches," Stassi captioned a snap of the foursome, referencing her best-selling new book, Next Level Basic. The ladies hit the ground running, stopping at Parisian cafes and visiting a lit-up Eiffel Tower. Katie documented the iconic visit on her 'gram with the caption, "oui!". Brittany made it seem as if the trip was taken partially in celebration of both her and Lala's engagements. "Brides to be in Paris (said like paireeee) lol," Brittany captioned a photo of her and Lala.

It's been a big week for both brides-to-be. Lala announced her wedding date to fiancé Randall Emmett shortly before the flight on her Instagram Stories. "So anyone that wants me to do anything on April 18th? I officially can't," she exclaimed before panning over to Randall, "because that's the day I get to marry my baby! We got a date!" Brittany and Jax Taylor are set to get hitched over the summer after fans got to see their engagement party on the Vanderpump Rules finale last week.

The Seine River acted as the background for the group's social media the following day. After that, they took a trip to Les Catacombes de Paris. Brittany captioned a cute photo of the group, "Empire of the dead" along with skull and heart emojis. Stassi, who famously has embraced her "dark side" on the show with death-themed birthday parties and a love of the macabre, wrote "Back again...where I belong" on an Instagram Story of her in the catacomb.

That evening, each lady brought some major European fashion inspo to their stops at the Louvre and Moulin Rouge. "I'm drunkie at Moulin Rouge!!!!," Stassi captioned a hilarious snap of her and Brittany on her Instagram Stories. "We got a Can Can dancer on the right," Stassi posted on Saturday, May 4 alongside a group shot where each cast member is looking tres chic.

If anyone can transition from European class to American guilty pleasures, it's the Vanderpump gang. Following their trip to the famous Moulin Rouge, Stassi showed the group's journey to none other than McDonald's. "We starving. So McD's," Stassi wrote on her Instagram Story. All the girls documented their voyage for McNuggets, french fries, and cheeseburgers on social media. Watching the ladies pair red wine with greasy fast food was fun for any fan of the Bravo series. It's too bad this trip probably won't be featured on the show, because one can only imagine what an episode of these Parisian shenanigans would look like.

Whether toasting champagne in Paris, or grubbing on some McDonald's, these photos prove why fans love Vanderpump Rules. One minute bougie, the next relatable, living through these photos is the next best thing to visiting Paris ourselves. One can only assume that this Paris trip had less drama than the upcoming Pump Rules reunion.