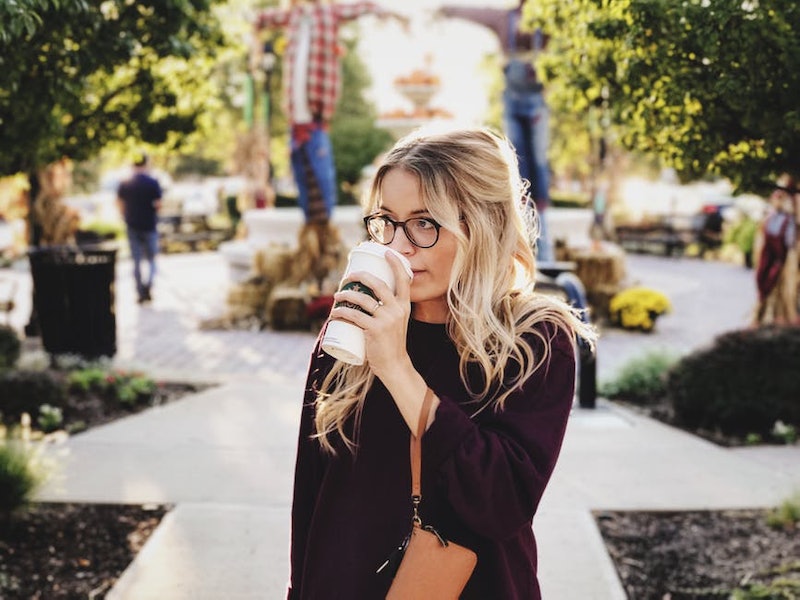 In anticipation of autumn, don't bust out your hoodie and pumpkin spice latte quite yet, because The Weather Channel is telling us that fall is going to be hotter than average this year, with warmer temperatures lasting through November — aside from the Northwest region, which will experience normal or even slightly below normal temperatures. Abnormal weather patterns are the cause for the hotter temps, which have officially rained on the parade of all of us "basic" chicks who love chunky knit cardigans, Ugg boots, and Starbucks seasonal fall drinks.

Starting in September, the east coast, south, and Midwest can expect warmer weather — with the exception of states like Florida, Georgia, South Carolina, and Alabama, which will have a cooler month until October hits. Even Alaska is going to be a tad warmer than normal.

While warm-weather lovers might rejoice, the rising temperatures are likely cause for concern. The last couple of years have seen many record-breaking temps; in fact, in January, we learned that the last time it was warmer than it was then was about 125,000 years ago. The average temperature across the planet in 2016 was 1.69 degrees above average — which is a lot when you consider records are usually broken by tenths (or even hundredths) of degrees.

This was the largest margin by which the record has been broken; and 16 of our 17 warmest years ever have happened since 2001, according to NASA.

It's all rainbows and butterflies for people who love the heat; but too much of it can be bad — even deadly. Such was the case with last year's heat waves in Asia and the Middle East. Canada saw outrageous wildfires. We hit a record low for sea ice in the Arctic. The Great Barrier Reef near Australia experienced horrible coral bleaching.

Nature itself can't be the cause of the warmer weather, and instead the cause is the increase of greenhouse gases being released into the atmosphere. So basically, it's all our fault. Deke Arndt, chief of the monitoring branch of the United States National Centers for Environmental Information, says that due to global warming, "each new year is basically predestined to be among the warmest on record." 2016 ended as the hottest year for the third year in a row; but 2017 is still up there.

While we probably don't need to expect the sun to set us on fire this fall, you might want to hold off on swapping out your summer wardrobe, at the very least! Oh, and we need to stop with the greenhouse gases, because global warming.