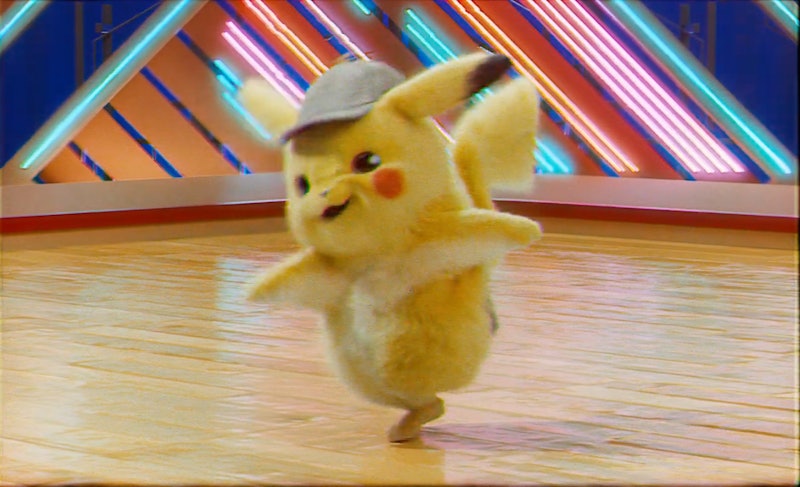 The "leak" seems to have been a brilliant marketing strategy and a clever prank from an actor known for his amusing tendencies to troll. Though, honestly, if the entire movie only consisted of Pikachu getting groovy on the dance floor, fans would be just as entertained.

Of course, the best part of the prank was not the video itself, but the hilarious memes that followed on social media. Twitter users' natural reaction was to take the footage of Pikachu dancing and set it to random songs, from BTS and Halsey's hit single, to the best song from the soundtrack of A Star Is Born, to the theme songs of some of your favorite TV shows. No matter what song plays in the background, Pikachu's dance moves seem to fit perfectly, and they're very hard to stop watching. Get your fix below.

More like this
Zendaya Shares Intimate Photo With Tom Holland To Wish Him A Happy Birthday
By Bustle Editors
How To Stream 'Thor: Love And Thunder'
By Arya Roshanian
6 Things I Noticed Rewatching The Funny Girl Episodes Of Glee
By Jake Viswanath
The New 'National Treasure' Series Trailer Teases The Return Of A Popular Character
By Grace Wehniainen
Get Even More From Bustle — Sign Up For The Newsletter