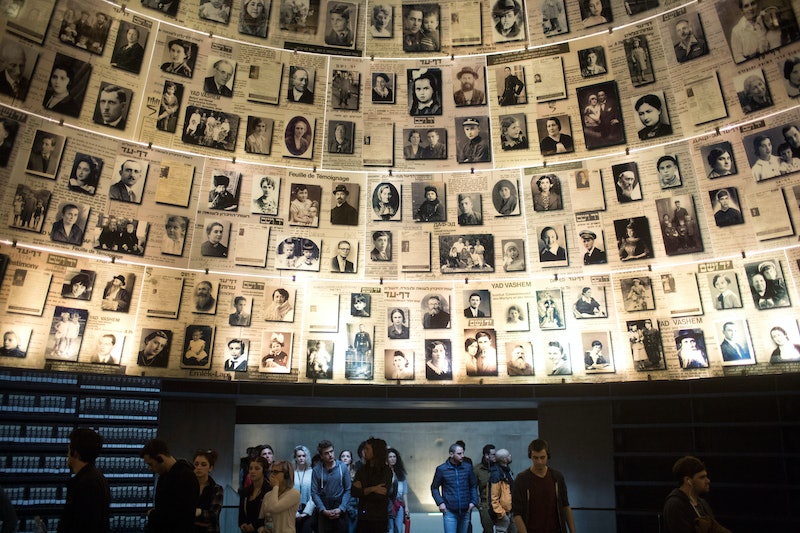 President Trump made a number of questionable statements during his campaign, and one of them was suggesting a ban on Muslims trying to enter the country. He has since walked that back, instead claiming he is not prejudiced against the predominant Middle Eastern religion, but rather interested in keeping Americans safe. Trump's new proposal will indefinitely ban any Syrian immigrants — including refugees — from entering the United States, as well as restrict entry for residents from a number of other Middle Eastern countries. In an interview that aired Wednesday, Trump admitted the goal was to make getting refugee status very difficult. "It’s going to be very hard to come in,” he said. In an apparent response, a Twitter account has been created to share the tragic true story of The St. Louis, a ship carrying Jewish refugees of the Holocaust that was turned away by the United States.

The tweets are simple in fact, but harrowing in their significance. Each starts with "My name is _____," followed by the repeated line, "The US turned me away at the border in 1939. I was murdered at Auschwitz." Some of the tweets reference a different concentration camp, but all follow exactly the same format.

The story of The St. Louis is one that will forever haunt the conscience of the United States. In 1939, the ship left Germany for Cuba, carrying 935 passengers, most of whom were Jews trying to escape Nazi rule. But when The St. Louis arrived, Cuba decided not to allow most of the refugees to de-board. (It's key to remember that anti-Semitism was by no means restricted to Europe, as will soon be made even more devastatingly clear.)

So rather than head back to certain oppression in Germany, The St. Louis instead embarked for Miami. As Dara Lind reports at Vox, the United States had plenty of visas it could have given to the refugees seeking asylum. While U.S. policy on immigration was already much more restrictive than its European counterparts, government officials had still only administered just 30 percent of the designated visas available.

Instead, the ship was never allowed to dock. After many attempts by Jewish organizations within America to secure some kind of temporary status for The St. Louis passengers, they were ultimately denied, and the refugees forced to return to Europe. A few lucky ones were taken in by England, while the rest were dispersed among countries that would be later be invaded and ruled by Nazi Germany. A total of 254 of the ship's passengers were murdered during the Holocaust.

The Twitter account putting out this series of brief heartbreaking biographies is @Stl_Manifest, it links to the United States Holocaust Memorial Museum, and uses the hashtag #RefugeesWelcome in its bio. It seems likely that this account was created to raise awareness about the devastating history of America's refusal to accept Jewish refugees at a time when anti-Semitism ran rampant throughout much of the world. Something similar can be said about how many Westerners voice skepticism and apprehension about Muslims.

It is also a timely illustration of how Trump is not the only one to create new uses for the Twitter medium. As his preferred mode of communication — talking directly to the people, as Trump conceives of it — Twitter has proven an enormously effective tool for the new president. With his 22.4 million followers, Trump is able to reach a colossal audience through 140-character bit messages that are hyped for their "authenticity" and often include insults and unedited reactions to his detractors and supporters alike.

By contrast, the stark simplicity of @Stl_Manifest speaks for itself. There is no individual personality offered there, not even one for us to search out and discover, because these refugees were murdered. We could have saved their lives, but we didn't. Their "authentic" voices won't be heard.

It is a complete rejection of the style of unfiltered id that runs @realDonaldTrump. And therein lies a piece of its uncommon and overwhelming power to move.