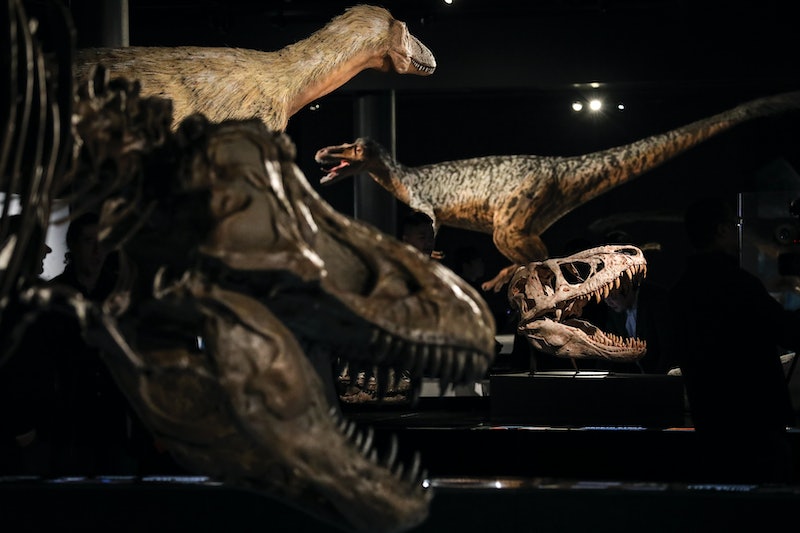 The dinosaurs went extinct millions of years ago, leaving few obvious signs from the lengthy period of time that they ruled the planet — and even fewer about the way that they disappeared. Scientists have pieced together enough to interest schoolchildren everywhere, but there are still important pieces missing in the fossil record. Thanks to a recent discovery, however, there is big news about the extinction of the dinosaurs and how exactly that might have happened.

About 66 million years ago, a giant asteroid smashed into what is now the Yucatán peninsula, launching the Earth into a hell-like scenario that would have affected every living creature, an event that The New Yorker described in great detail in a new article. This was, of course, the beginning of the end of the dinosaurs' reign — but that isn't new. The new part is that scientists now believe they've found a fossil site that captures a moment in time from the day that asteroid slammed into the Earth.

Robert DePalma, a Ph.D. student at the University of Kansas and museum curator, came across the site in 2012, and has been working towards this conclusion ever since, according to The New York Times. And on Monday, his findings will be published in the scientific journal Proceedings of the National Academy of Sciences.

In a remote area of North Dakota, DePalma gained access to a fossil bed that's part of the Hell Creek Formation, an area of rock layers where scientists have gone for years to glean clues about the dinosaurs' later years, according to National Geographic. But at this spot, the paleontologist found something different from the well-ordered layers of sedimentation that scientists usually expect to find when looking at rocks from millions of years ago.

“There’s amazing plant material in there, all interlaced and interlocked,” DePalma told The New Yorker. “There are logjams of wood, fish pressed against cypress-­tree root bundles, tree trunks smeared with amber.”

As he went on to describe, DePalma believed that he had found the fossilized remnants of the crisis that the meteor caused in the hours — or even minutes — after it crashed into the Earth.

All together at the site, DePalma found numerous species, from giant marine life, to insects, to mammals — even including a triceratops, according to The Washington Post. Mixed in with the abnormally well-preserved fossils, then, were important signs that the fossils had ended up as they were in the immediate aftermath of a meteoric impact. In addition to iridium, an element that is rare on Earth but abundant in the layer of sedimentation that the asteroid created, DePalma found numerous tiny glass beads called tektites, which formed when the asteroid threw hot sand into the burning atmosphere and then rained down all over the place.

The scientists were able to date the tektites, and the results showed they came from 65.76 million years ago — which, according to the BBC, aligned with previous estimates about when the asteroid hit Earth.

For right now, there seems to be little doubt that the mess of organisms did indeed end up where they are now in the time immediately following the asteroid crash that most scientists agree eventually ended the dinosaurs. This is only the first paper published about the site — so there's no telling what it could go on to reveal.