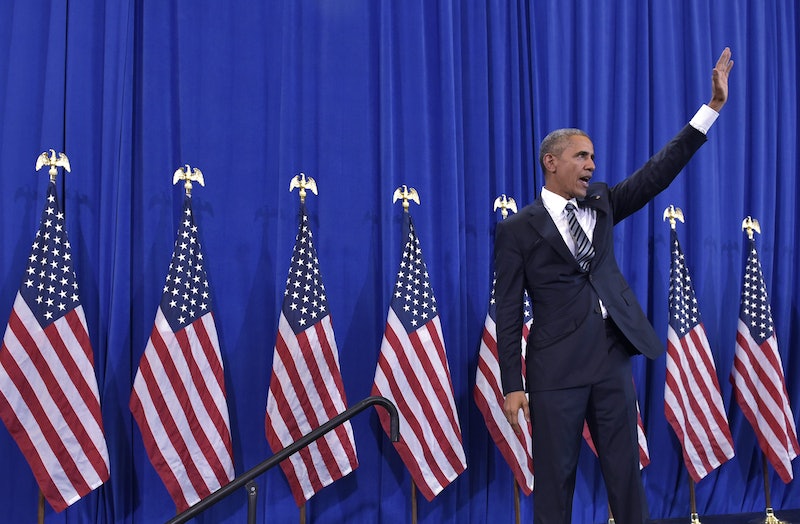 We all knew it had to end sometime, but tonight, as President Barack Obama gave his final address as America's sitting president, it really sunk in that the man who lead our country for much of our millennial lives is leaving office in less than two weeks. As expected, social media users have quite a lot of feelings about Obama's departure and the address that precedes it, and these memes and tweets about Obama's farewell speech show that, hate him or love him, our outgoing president sure gets people talking.

Before Obama even took the stage, Twitter was already abuzz under the #ObamaFarewell hashtag, where mostly well-wishers tweeted their memories about the president, their thanks for his history-making reign, and their sadness at the end of his term. Some were tweeting from inside the convention center where the address was held, while others used it as an opportunity to brag one last time about the hippest president of all time. There were also, of course, many to the right of the president and his party who capitalized on the trending hashtag to share their opinions about Obama and his presidential tenure.

As emotional as everyone on both political poles got during Obama's final address, it certainly made for excellent social media consumption. Below are some of the best tweets and memes from Obama's farewell.