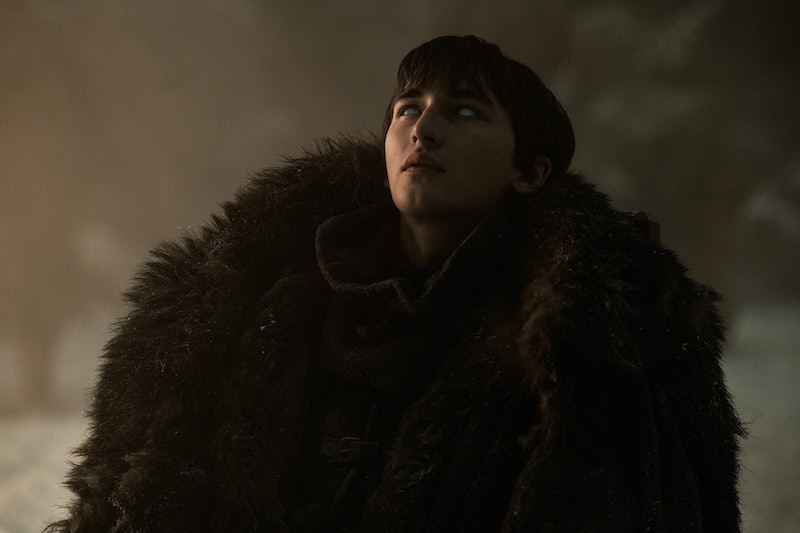 Well, the Battle of Winterfell has come and gone, and most Game of Thrones favorites are still standing. There were, however, a few casualties in the April 28 episode, including Theon Greyjoy, Dolorous Edd, Jorah and Lyanna Mormont, Beric Dondarrion, Melisandre, and of course the Night King himself. But one person who seemed to do surprisingly little was Bran, who was instead used as bait to lure in the Night King. However, while he continued to warg for long periods and stare blankly into the distance, it's entirely possible that Bran was doing a lot more than he let on, and to prove it, here are some compelling Three-Eyed Raven Reddit theories that will have fans rethinking his role in Game of Thrones.

Audiences will recall that Bran began his journey to become the next greenseer after Jaime pushed him out the window way back in the pilot. And as he told the Lannister in Season 8, Episode 2, "You still would be [the same person] if you hadn't pushed me out of that window. And I would still be Brandon Stark." From there, he, Hodor, Jojen and Meera Reed headed for the Children of the Forest. Once there, Bran was able to learn everything from the previous Three-Eyed Raven — including how the White Walkers were created — before the Night King murdered him. Since then, Bran has been the keeper of memories, and the only one who remembers where they came from and knows where they're headed.

However, it's no secret that Bran is a weird dude, and it's almost impossible to decipher what is going on in his head at any given time. So here are a few theories as to what the final three episodes will reveal about his character.