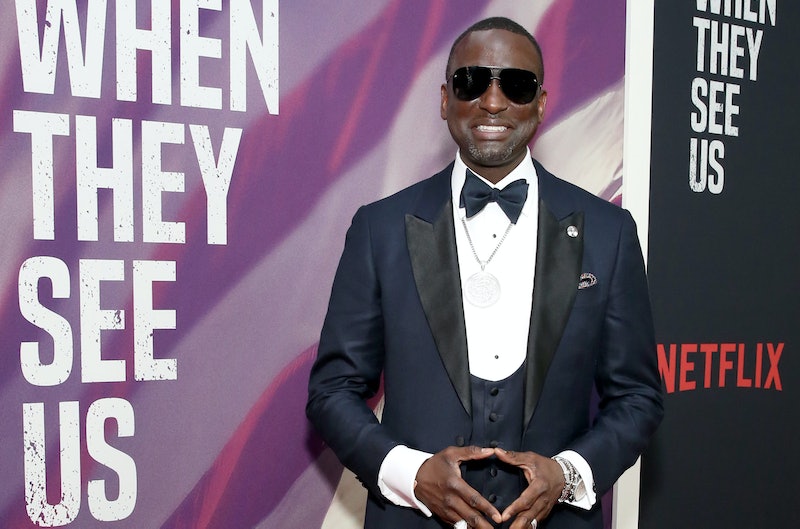 After years of being wrongfully incarcerated, the Central Park Five have been able to tell their side through When They See Us. Beyond projects like the new Netflix miniseries and the 2012 documentary The Central Park Five, Yusef Salaam in 2019 has also shared his story through his motivational speaking. As his website states, Salaam was one of the five teenagers who were falsely arrested and convicted of the rape and brutal assault of a young woman in Central Park in 1989. Salaam was only 15 years old when the attack occurred and as When They See Us will show, his life would never be the same again.

The Village Voice reported how Antron McCray, Kevin Richardson, Raymond Santana, Kharey Wise, and Salaam were accused of raping and assaulting 28-year-old Trisha Meili, who had been jogging in Central Park, in 1989. According to The Village Voice, prosecutor Linda Fairstein tried to stop Salaam's mom from seeing her son when he was being interrogated by the police for the crime. His mother did put an end to the questioning and Salaam never gave a written or videotaped confession. However, the rest of the Harlem teenagers have maintained they were coerced into giving false confessions to the crime while being interrogated.

Although Salaam did not have a recorded admittance of guilt, The Village Voice reported that New York Police Detective Thomas McKenna testified that Salaam had confessed to assisting with the rape. All five teens were found guilty with the New York Daily News reporting that McCray, Santana, and Salaam were sentenced in September 1990 to the maximum amount of prison time. Since they were only 16 at the time, they faced five to 10 years. At the sentencing hearing, Salaam said, "Sooner or later the truth will come out. Time can never contain a black man as long as he knows he was convicted falsely."

Salaam served his prison time of nearly seven years before being released. And then in 2002, The New York Times reported that convicted criminal Matias Reyes confessed to raping Meili on his own. All five men were exonerated of the crime. A decade later, documentarian Ken Burns, his daughter Sarah Burns, and her husband David McMahon released a documentary called The Central Park Five. In the doc, Salaam said, "It's not like just because they said, 'OK we're vacating the convictions,' that that vacated the whole prison term. That whole prison term happened."

However, Salaam has created opportunities for himself following his time in prison and the exoneration. According to his website, he gives lectures to help "raise important questions about race and class, the failings of our criminal justice system, legal protections for vulnerable juveniles, and fundamental human rights." He serves as a motivational speaker, mentor, and advocate for social justice.

He spoke to the New York City teen publication YCteen about how growing up in violent maximum security youth prisons impacted him. "It's a wonder that we're doing a little bit OK. But the indelible scars that prison left on us are there, all the time," Salaam said. He also discussed how "extremely hard" it was to reenter regular society. "This wasn't just a five- to 10-year sentence, this was a death sentence. What I mean is, if we survived prison, we weren't supposed to survive on the street after prison," he said, noting they had to register as sex offenders following their release. "In society, every door would be slammed in our faces."

During the 2016 presidential election, Salaam wrote an op-ed in The Washington Post about how Donald Trump had called for the death penalty to be brought back to New York City in a 1989 newspaper ad in relation to the crime. He wrote how Trump still claimed the men were guilty although they had been exonerated and the New York Post reported that Salaam had campaigned for Hillary Clinton in November 2016 ahead of the election.

Along with his inspirational speaking and activism, he's also a poet and a father. While he said in the 2012 Ken Burns documentary that he earned his college degree in prison, he was given an honorary Doctorate of Humanities from Anointed by God Ministries Alliance in 2014. With the other members of the Central Park Five, he received a $40 million settlement from the city of New York also in 2014. He told Stony Brook University in 2016 how the writings of Nelson Mandela and Maya Angelou have helped him to not be bitter about what happened to him, but to use it as fuel to help educate others and work toward progress.

You can follow Salaam on Twitter where he has been posting about his involvement in When They See Us in which Ethan Herisse and Chris Chalk portray the younger and older versions of him, respectively. You can also find more information about his speaking engagements on his social media and continue to follow his work as he keeps fighting for racial and social justice.

More like this
What Is 'Pretty Wild' Star Tess Taylor Up To Now?
By Morgan Leigh Davies
Where Is The Bling Ring’s Rachel Lee Now?
By Arya Roshanian
Lori Vallow’s Son Was Arrested For Sexual Assault Days Before 'Sins Of Our Mother' Premiered
By Brad Witter
Lori Vallow Faces The Death Penalty For Allegedly Murdering 2 Of Her Children
By Brad Witter
Get Even More From Bustle — Sign Up For The Newsletter