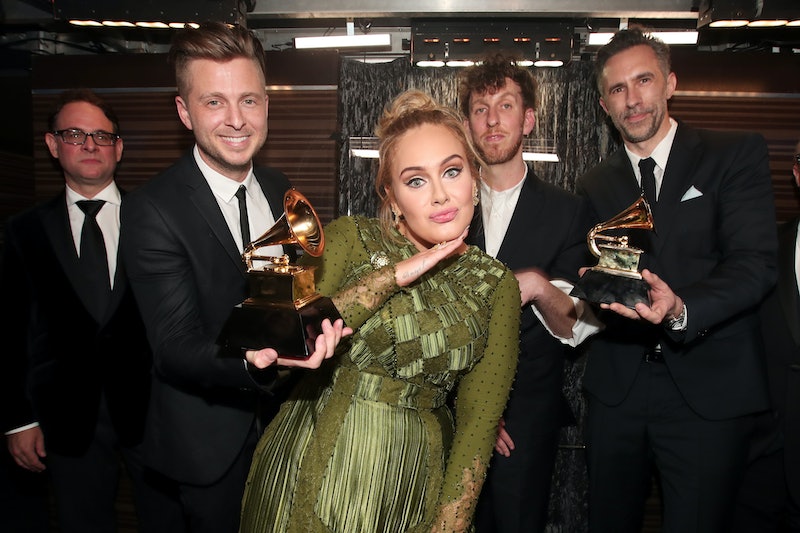 Being one of the world's greatest recording artists, song writers, and performers, alongside trying to maintain a private life is no mean feat. Adele has managed to keep her personal life personal over the years, choosing to keep her family out of the spotlight. So, sticking true to form, it's no surprise that she has kept her recent break as quiet as possible. This is a totally understandable approach to the situation, the dissolution of a marriage is seriously tough no matter who you are. However, some good news has recently emerged: Adele's coping well after the break up, her songwriting partner has revealed.

It was in an interview with U.S. Weekly that Ryan Tedder spoke about how Adele has come through this very tough time:

Tedder, who you might recognise from his One Republic days, has cowritten songs including Rumour Has It, and all of his hard work has seen him gain a few Grammys along the way.

When asked about whether the break up would be featuring in a hotly anticipated new album from the singer, Tedder responded: "without question". Which basically confirms that if you were planning any break ups, best stall until that album comes out.

The announcement from Adele's reps came after years of speculation over the relationship. So much so that, back in 2014, the singer took to her Twitter account to put the rumours to bed:

"Just wanted to wish everyone happy holidays & all the best for 2015! PS Simon & I are still very much together, don't believe what you read x".

In the years since, she has been busy with tours and parenthood and she has kept her lips sealed. So when her reps confirmed the split, fans were super surprised. The statement read:

"Adele and her partner have separated. They are committed to raising their son together lovingly. As always they ask for privacy. There will be no further comment".

Since then, it has been all quiet on the western front, but the singer finally broke her silence on her social media with an Instagram post that presented her as a new badass meme:

However, her latest Instagram post on her 31st birthday is literally the bomb. All about coming out fighting. YES Adele!

Not only were the pictures from the big night absolutely lit, she also shared a serious message that, no lie, might make you cry a little.

"30 tried me so hard but Im owning it and trying my hardest to lean in to it all. No matter how long we're here for life is constant and complicated at times".

As if that message isn't powerful enough, she goes on to hammer home what we know is true and important. Love your damn self and the rest will follow.

"Be kind to yourself people we're only human, go slow, put your phone down and laugh out loud at every opportunity. Learning to REALLY truly love yourself is it, and I've only just realised that that is more than enough."