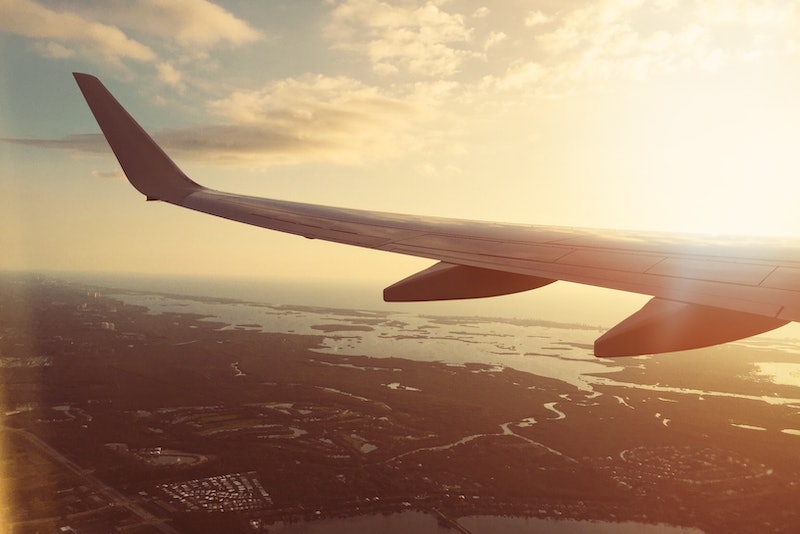 And today in, “Gee, Isn’t It Great To Be A Woman?” (in that really, really not great kind of way), we have this: Iberia Airlines previously required women to take pregnancy tests as part of a medical assessment for new hires. The airline has since stopped the practice, but not before being fined 25,000 euros (about $28,000) by the Balearic Islands, reports the New York Times; Spain, you see, has laws prohibiting gender discrimination, and, well… requiring women job candidates to take pregnancy tests as a condition of employment g like it could very easily lean into gender bias territory. Iberia, for its part, said in a statement that the company has “never rejected a qualified candidate for employment on the grounds of pregnancy”; additionally, said Dr. Maria Therese Garcia Menendez, Workplace Health and Safety Office for Iberia, “Given the controversy arising from the current protocol in place to protect pregnant women, we will no longer include a pregnancy test in the medical examination for new hires.” (Bustle has also reached out to Iberia Airlines for additional comment.)

The pregnancy test requirement had previously been criticized as sexist by both union and government officials, according to the Times. Spanish labor union the Union General de Trabajadores, for example, noted in a statement, “There is no reason to justify it,” saying that if a company did require it, “we would evidently be faced with a clear case of discrimination.” Iberia, however, points to a specific example showing that this isn’t the case for them: In the past year, six pregnant people applied for jobs with the airline, five of whom were hired — with the reason the sixth wasn't hired was because they failed an airport driving test.

Iberia’s statement describes the test as intended to “protect the health of new female hires,” and to be fair, there are some health-based considerations to take into account when it comes to flying and pregnancy. It’s true that for pregnancies that haven’t experienced any complications, it’s generally safe to fly occasionally; indeed, one study that examined how flying affected 10 healthy pregnant people and their fetuses found that respiratory and heart rates, oxygen, blood pressure, uterine activity, and fetal beat-to-beat heart rate all fell within a normal range, suggesting that flying doesn’t pose significant risks to parents-to-be or fetuses.

However, flying after you’ve reached either the 32- or 36-week mark isn’t recommended — and, indeed, is often prohibited by airlines. Particularly for international flights, part of it has to be with what access to medical care is like in different countries and for people who aren’t citizens; additionally, radiation exposure is a thing that happens when you’re traveling at high altitudes. The Mayo Clinic notes that this radiation exposure isn’t generally an issue for most people who fly while pregnant — but, the clinic advises, “Pilots, flight attendants, and other frequent fliers might be exposed to a level of cosmic radiation that raises questions during pregnancy.”

Additionally, travel is stressful, which can affect your pregnancy. Said Elizabeth Chabner Thompson, M.D., MPH to Medical Daily, “Travel can stress a pregnant woman and late [in] the pregnancy can put her at risk for delivering in a ‘foreign’ environment.” Thompson also added that for those traveling internationally, “There are infectious disease risks when traveling overseas.”

So yes, the potential health risks are real, and Iberia’s policies are ostensibly meant to counteract those risks. Continuing her previous statement, Dr. Menendez said, “We will continue to use all necessary means to ensure the safety and rights of pregnant employees, as we have always done. This is an exemplary company when it comes to hiring women.” Furthermore, Iberia does assign duties for pregnant employees based on whether those duties are actually safe for pregnant employees to perform; according to the statement, “When pregnant, all Iberia airport auxiliary employees are not assigned duties that could endanger their health [or] that of the fetus and accorded special ‘health risk’ status as of the 18th week of pregnancy.”

The problem, though, is that even if health risks and a desire to protect pregnant people and their fetuses might be part of the equation with regards to Iberia’s former policy, it’s also very, very easy to see how the knowledge that a job candidate is pregnant could influence a hiring decision, even if it’s unconscious. If you’ve got a choice between hiring someone who might have to leave the position in short order for family leave and who might require a lot of accommodations in the meantime, and someone for whom none of that is an issue, it’s hard to imagine none of that factoring into your decision — again, even if it’s unconscious.

Plus, the whole thing further enforces cisnormative standards, which is an issue all its own. Requiring only women to take pregnancy tests as part of a health assessment assumes both that only women can get pregnant and that all women can get pregnant, when neither assumption is correct. And regardless, as Kelly Faircloth at Jezebel put it, “Pregnant employees would probably at the very least prefer being able to inform their boss on their own clock.”

The broader picture is also worth considering. Although Spain does have laws preventing gender discrimination, gender equality in the country has faced a good deal of opposition; in fact, according to a recent report from the Policy Department for Citizen’s Rights and Constitutional Affairs commissioned by the European Parliament’s Committee on Women’s Rights and Gender Equality, the global economic crisis of 2008 has actually resulted in a backsliding of gender equality policies. Observed the report:

It's for that reason that I find the attention being paid tothe Iberia Airlines issue — and Iberia’s response to it — heartening. Yes, there’s kind of a lot of, “WE DON’T DISCRIMINATE LOOK AT ALL THE WAYS WE DON’T DISCRIMINATE” going on in the airline’s statement; however, it did immediately cease the practice, and what’s more, it’s not going to appeal the fine either, according to the New York Times. That shows that it recognizes that yes, the policy was a problem, and that the airline is willing to fix it. And that matters. Being willing to change when your behavior is pointed out as problematic matters. That’s how we make progress — and goodness knows we’re in dire need of that progress. Every little bit counts.