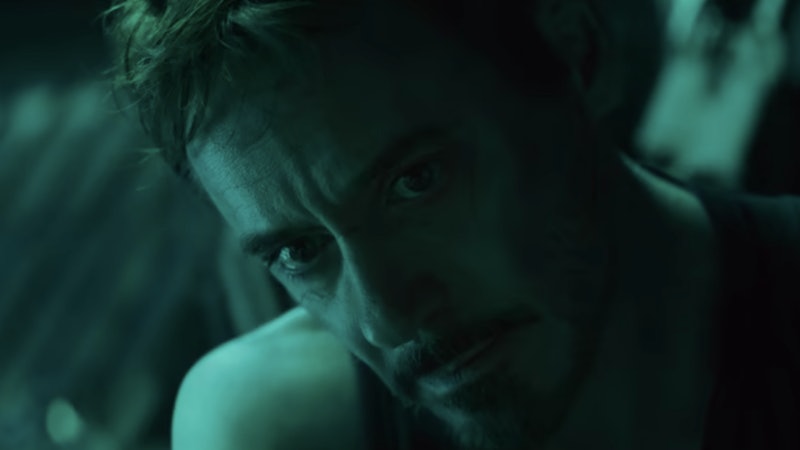 Avengers: Endgame gave fans a lot of iconic scenes while wrapping up this era of the MCU, however it also served up its share of heartbreaking events to get through. One striking moment being the ending scene where all of the Avengers and their families get together for Tony Stark's funeral. And while it's steeped in sadness, it produced an Avengers: Endgame photo that brings the whole cast together, which is a nice consolation prize for the suffering the scene put fans through.

Karen Gillan, who expertly plays Nebula, posted a behind-the-scenes photo from that day on set, with all of the heroes assembled and looking way more cheerful than you might have seen them look in the movie. When working on a movie of this caliber that spanned filming over months with so many different, high-profile actors, you might have thought that getting a scene like this to work would be impossible. Especially when things like CGI and movie magic exist to help with situations just like this one if someone wasn't available for the shoot. But that wasn't the case here, as every single person seen in the movie was actually on set for Tony's farewell.

Well, Robert Downey Jr. wasn't there (since it was his character's funeral), and neither was Scarlett Johansson (R.I.P. Black Widow) or Zoe Saldana (Gamora's currently missing, since 2014 Gamora doesn't have the same emotional bonds with the Guardians anymore), but everyone else is accounted for. Newcomers Brie Larson, Chadwick Boseman, Letitia Wright, and Danai Gurira are in the shot, along with the rest of the Guardians, including a stuffed Rocket Raccoon. Sebastian Stan, Elizabeth Olsen, and Samuel L. Jackson are in the photo too. Also, the remaining original Avengers also showed up, of course, with Mark Ruffalo in his special motion-capture suit that they used to put the Hulk in during post-production.

Fans got a brief hint that a scene such as this was coming in Endgame before it came out. Gwyneth Paltrow made a slip during the premiere when talking to Marvel Entertainment, which was little (but also kinda big), when she was recalling one of the last scenes she filmed. She mentioned being on this "beautiful lake in Atlanta" with the cast of "multiple movies at the same time." Some fans might have guessed it was a final battle or meeting of some kind, some most likely thought it was going to be a Pepperony wedding. However, it was much, much sadder.

Earlier this month, Tom Holland told Jimmy Kimmel that he actually was told it was going to be a wedding that day before shooting. "This is how bad it is for me," the Spider-Man actor said, referring to his penchant for dropping spoilers. "I was told it was a wedding. I showed up to the 'wedding,' and I was like, 'Where’s Robert?'" If that's not torture and horrible working standards, then nothing is. Cobie Smulders then added that it was pretty special, though still, because of that aspect of everyone being there. "It was a really insane day and I still don’t know how they pulled it off because everybody who was in that shot was there on that day," Smulders said.

There's no doubt you'll always have feelings about this ending scene, whether it's sad ones or the bittersweet kind. But seeing all these actors together also gives some wholesome, good feelings. Leave it to Marvel to screw around with fans' emotions.