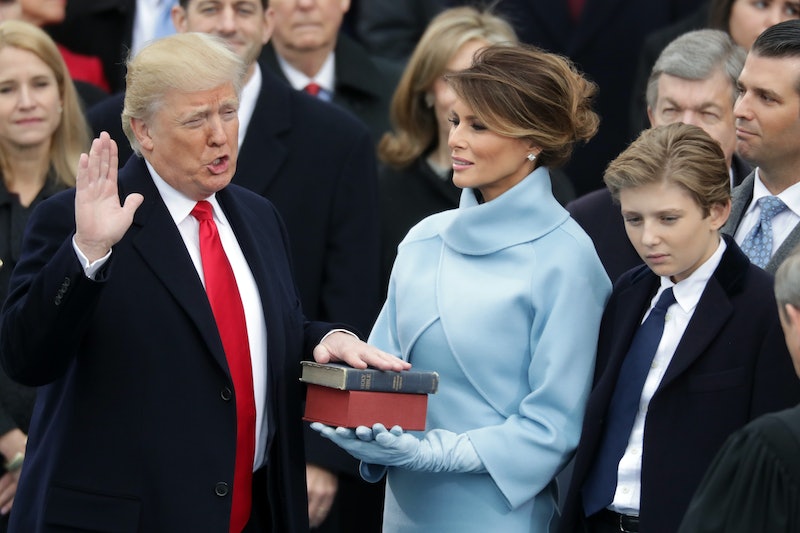 Millions of Americans are begrudgingly tuned in to Donald Trump's inauguration, and it looks like one member of the new First Family isn't too jazzed about being there in person. Barron Trump is the new American icon in a hilarious video circulated on social media during the swearing-in, which shows him barely containing his disgust. Ironically, Barron now serves as the perfect symbol for how many people feel about his dad's presidency.

The cause of Barron's excruciated facial expression isn't clear, but it's probably not for the same reasons that the image resonates with so much of the country right now. Presumably, his disdain is for other, 10-year-old boy reasons, like being separated from his Gameboy or missing out on a class pizza party. The littlest Trump is hopefully not yet that world weary and ambivalent about his dad being inaugurated as the president of the United States — perhaps it was just the sight of all the peasants below on the National Mall that overwhelmed him.

Whatever the reason, props to Barron for acting like a normal kid who got dragged to his dad's work event on an otherwise perfectly good Friday. A lot of us aren't happy about it either, buddy.