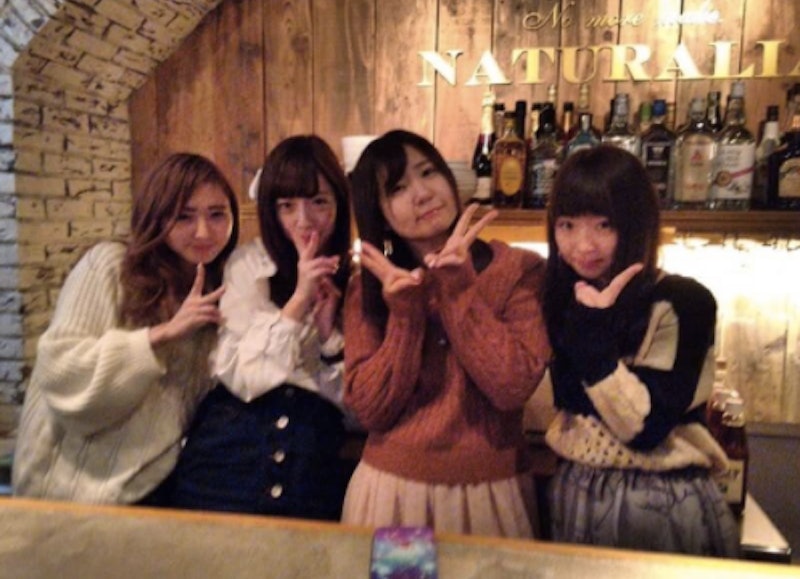 You've heard of cat and maid cafes in Japan, but what about no-makeup cafes? Naturalia — which first opened in 2015 in Sapporo — is touting itself as a "natural face girls cafe". The gist: they only hire women who don't wear makeup, reports Mashable. But wait — that's even more.

According to Naturalia's website, they will also not hire women who smoke, have excessive hair dye or flashy nails and those who have previously worked at nightclubs and cabarets. The concept was born after the owners realized there were no cafes where "normal looking" employees worked (... and what exactly does "normal" entail I'm wondering?) Their wish was to open a cafe that does not focus on looks and "beautiful people".

Most recently, Naturalia started raising money for a second outpost in Shibuya. At time of press, its crowdfunding campaign has garnered over $8,000 USD — almost double its target amount.

Online reactions were mixed. Could the "no makeup" policy be interpreted as part of a work dress code?

Yet the requirements are bizarre and shines a problematic light on beauty standards.

One Twitter user raised an interesting point — are customers allowed to wear makeup?

And of course, the most appropriate GIF response...

More like this
The 13 Best Cream Makeup Palettes, According To Experts
By Audrey Noble
23 Romantic Makeup Ideas For Valentine's Day 2023
By Olivia Rose Rushing
This Week’s New Makeup Releases & More Beauty Headlines
By Audrey Noble and Erin Stovall
15 Makeup Trends That'll Level Up Your Winter Glam
By Olivia Rose Rushing
Get Even More From Bustle — Sign Up For The Newsletter
From hair trends to relationship advice, our daily newsletter has everything you need to sound like a person who’s on TikTok, even if you aren’t.