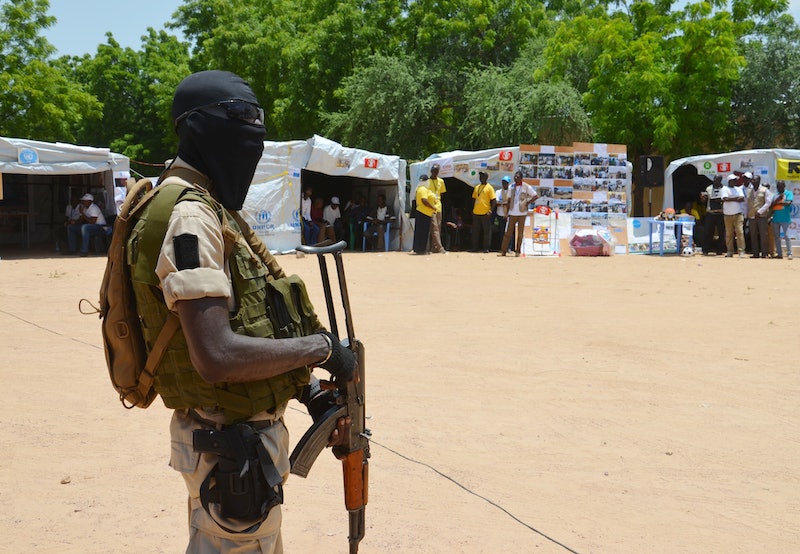 Over 100 civilians were injured in the bombing of a refugee camp in the Nigerian city of Rann on Tuesday. The attack was carried out by the Nigerian military and has been described as "accidental" by Maj. Gen. Lucky Irabor.

The reported number of casualties have varied significantly from news outlet to news outlet. The Washington Post, the Los Angeles Times, and Al Jazeera all cited a figure from Médecins Sans Frontières (Doctors Without Borders) of about 50 fatalities, while the Associated Press cited a Borno state official's figure of "over 100" fatalities (though the Times did acknowledge other sources' higher figures). Aid groups, including Doctors Without Borders and the Red Cross, said members of their teams were among those injured and killed; the bombing occurred while these workers were providing food to civilians.

The refugee camp in question was situated in the northern section of Borno state, near the focal point of Boko Haram's armed training grounds. These grounds were the intended target of the Nigerian Air Force fighter, according to Nigerian officials. Maj. Gen. Irabor, who ordered the attack, said the mission was fueled by information that Boko Haram extremists would be gathering in the geographical area nearby.

Nigerian President Muhammadu Buhari responded to the news through a series of posts on Twitter. "I received with regret news that the Air Force, working to mop up BH insurgents, accidentally bombed a civilian community in Rann, Borno State," he wrote. "I sympathize with the families of the dead, and with the injured, and the Government and people of Borno State. The Federal Government will fully support the Borno State Government in dealing with the situation and attending to the victims."

With roughly 1.8 million refugees residing in Borno and two other nearby states, the region targeted by the military was near a significantly large population of displaced civilians.

According to Al Jazeera reporter Ahmed Idris, "Senior military officials say an investigation will be launched to find out exactly what happened if there was any mistake on the part of the pilot or those conducting the operation."

While the extremist group Boko Haram has existed for almost 15 years, it gained wide international attention in 2014 after the kidnapping of nearly 300 schoolgirls in the town of Chibok. According to the Internal Displacement Monitoring Center, over 2 million Nigeria civilians have been displaced as a result of Boko Haram's violence, and in 2014, the group overtook ISIS as the "most deadly group in the world." In 2013, former President Goodluck Jonathan declared a state of emergency in northeastern Nigeria.