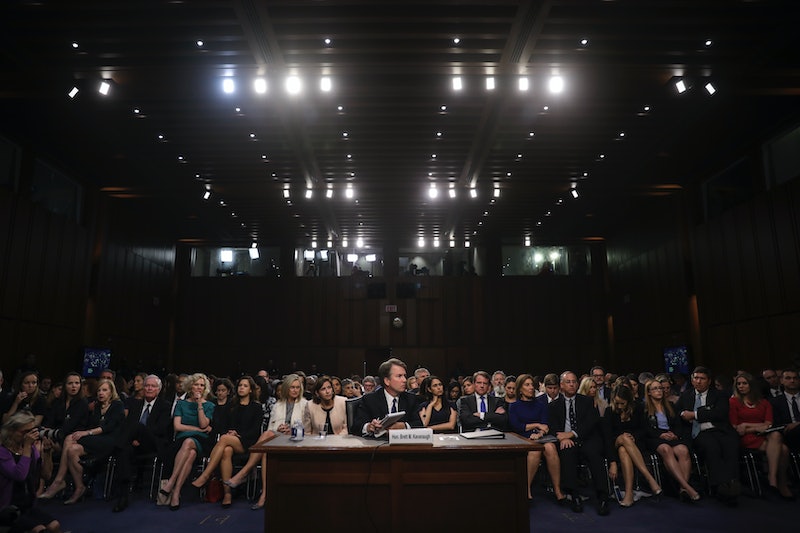 There's no doubt that the allegations of sexual assault against Supreme Court nominee Brett Kavanaugh (allegations which he has denied) have created a difficult situation for everyone involved. In some cases, unsurprisingly, media coverage has exacerbated that difficulty. In one of those instances, an Indiana newspaper had to apologize to its readers after printing a cartoon of Christine Blasey Ford that mocked her for making requests about a hearing.

The cartoon provoked an online outcry in support of Ford, the Washington Post reported, which the Indianapolis Star then reacted to by issuing a public apology from both the executive editor of the newspaper and the cartoonist in question.

The cartoon depicted Ford sitting in front of the Senate Judiciary Committee, listing out the "demands" she wanted fulfilled before she would agree to testify. “Here are my demands: no questions from lawyers, dim the lights, I want roses, sparkling water, a bowl of green M&Ms ..." Ford says, as portrayed in the cartoon.

Critics of the cartoon thought that it wasn't taking Ford's alleged experience with sexual assault seriously enough, as BuzzFeed wrote. Numerous people on Twitter even threatened to cancel their subscriptions over it, according to BuzzFeed, claiming that this was the sort of thing that led survivors of sexual assault not to report their experiences.

Ronnie Ramos, the Indianapolis Star's executive editor, wrote in his apology note to readers that "the cartoon did not meet our high standards."

"The Indy Star also has a responsibility to promote a civil discourse and to present diverse viewpoints in a way that does not demean or appear to belittle anyone who says they are the victim of a sexual assault," Ramos wrote. "Our readers deserved better in this case."

The note also included comments directly from the cartoonist, Gary Varvel. “My cartoon was focused only on Ford's demands, not on whether she was telling the truth,” Varvel wrote. “This is a point I should have made clearer in my cartoon. As a husband and father of a daughter and granddaughters, I take sexual harassment very seriously.”

The Indianapolis Star has apologized over a cartoon from Varvel in the past, when the conservative cartoonist drew something that many readers believed to be racist. This cartoon expressed the view that President Barack Obama was being too lenient on immigration, and it showed an immigrant family climbing through the windows of a white family's house to join their Thanksgiving dinner.

"Gary did not intend to be racially insensitive in his attempt to express his strong views about President Barack Obama's decision to temporarily prevent the deportation of millions of immigrants living and working illegally in the United States," wrote then executive editor Jeff Taylor in 2014. "But we erred in publishing it."

Varvel's latest cartoon came at a heated moment in Kavanaugh's confirmation proceedings, after Ford agreed to testify, but while it's still not entirely clear how the hearing including her testimony will proceed. One of Ford's lawyers has even claimed that the Senate does not seem to be providing a "fair" opportunity for Ford to discuss her claims, as the Hill wrote. It does not appear, however, that Ford's legal team demanded anything like what Varvel depicted in the cartoon.