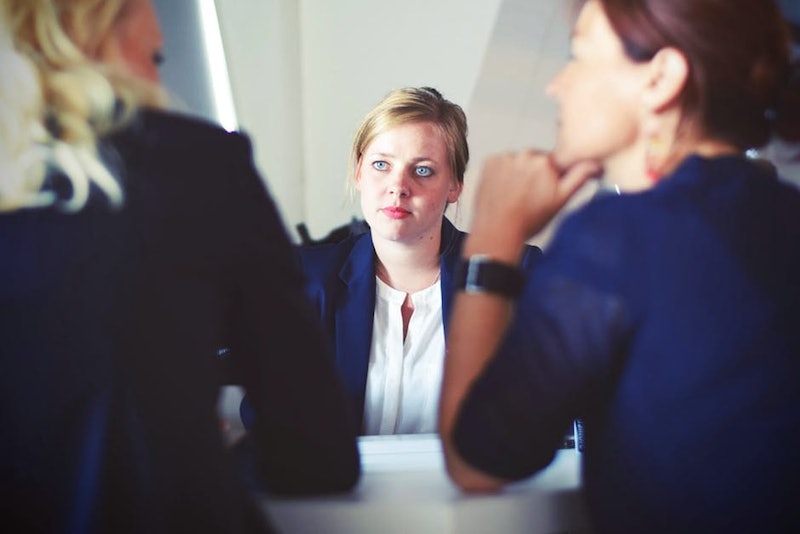 Mental health continues to be dismissed in our culture, particularly in the workplace. You can't see it, so we don't take it as seriously. Recently, one woman took time off for her mental health, and now her message to her team has gone viral, thanks, in large part, to her boss's response. No, he didn't criticize her. No, he didn't dismiss her. He didn't degrade, belittle, or patronize her. Instead, he totally had her back — hopefully a sign that our culture's attitudes toward mental health and the workplace are shifting.

Madalyn Parker, a web developer from Ann Arbor, Michigan, is the employee in question. A few weeks back, she scheduled a wonderfully transparent and to-the-point out-of-the-office auto-reply to her team notifying them that she'd be gone for a few days to care for her mental health. It was as ordinary and nonchalant as a worker notifying their team that they were out with the flu. While we still largely disregard mental health in favor of a grow-a-thicker-skin-and-suck-it-up attitude, Parker's boss, CEO Ben Congleton, took a totally different approach: he thanked her! The exchange went viral on Twitter, and now everyone wants to know where Parker works and how we can apply for a position. (Kidding.)

Parker and Congleton's exchange, while questioned by some, received a wave of support on Twitter.

After the huge response Parker's original tweet received, Congleton wrote a post on Medium discussing it, calling it, "It's 2017 and Mental Health is still an issue in the workplace." In his piece, he further highlighted the stigma surrounding mental health, and applauded Parker for being so open. "It is incredibly hard to be honest about mental health in the typical workplace. In situations like this, it is so easy to tell your teammates you are 'not feeling well.' Even in the safest environment it is still uncommon to be direct with your coworkers about mental health issues," he wrote, later thanking Parker for helping to normalize mental health matters. "This should be business as usual. We have a lot of work to do."

Congleton expressed a feeling of shock that many of us share: that in 2017, it's still taboo to talk about mental health in the workplace and treat it differently than physical health, despite the fact that roughly one out of six adults takes a psychiatric drug, with the most common issues being depression followed by anxiety.

Yet we don't treat mental health with nearly as much care as we would other health matters, probably because these are often "invisible" illnesses, and symptoms aren't always apparent.

If an employee was suffering from food poisoning or a sinus infection, we'd likely understand that they weren't in a position to provide their best work — or provide any work, period; but a person in the midst of a debilitating anxiety attack or trying to keep their head above water during a depressive episode will likelier suck it up, show up, and try to keep going, no matter how ugly life feels at that moment. The mental health stigma persists.

Why do we think these scenarios are so different? Why don't we take mental health more seriously, when around one in 25 adults in this country has a serious mental illness that interferes with major life activities, and mood disorders are the third biggest cause of hospitalization in the country? If we think conversations about mental health don't belong in the workplace, think again: it costs the U.S. about $193.2 billion in lost earnings every year.

Nobody can say mental health isn't a workplace matter.

As Congleton expressed, we still have work to do — apparent by a couple less-than-supportive responses Parker received on Twitter.

(Reminder: her message was an auto-response.)

Fortunately, the reaction to this experience was mostly positive, and hopefully indicative of a change in the way we view and value mental health. Until we care for employees' health — both physical and mental — stereotypes will control the workplace.

More like this
19 Latinx Therapists & Mental Health Experts To Follow On Instagram
By Kaitlyn Wylde, Naydeline Mejia and Lexi Inks
TikTok's Butter Board Might Be The New Cheese Plate
By Emma Carey
8 Completely Unserious Tips To Make Your Cuffing Season A Success
By Ginny Hogan
Why TikTok Is Flooded With Controversial Videos About "Pick Me Girls"
By Courtney Young
Get Even More From Bustle — Sign Up For The Newsletter