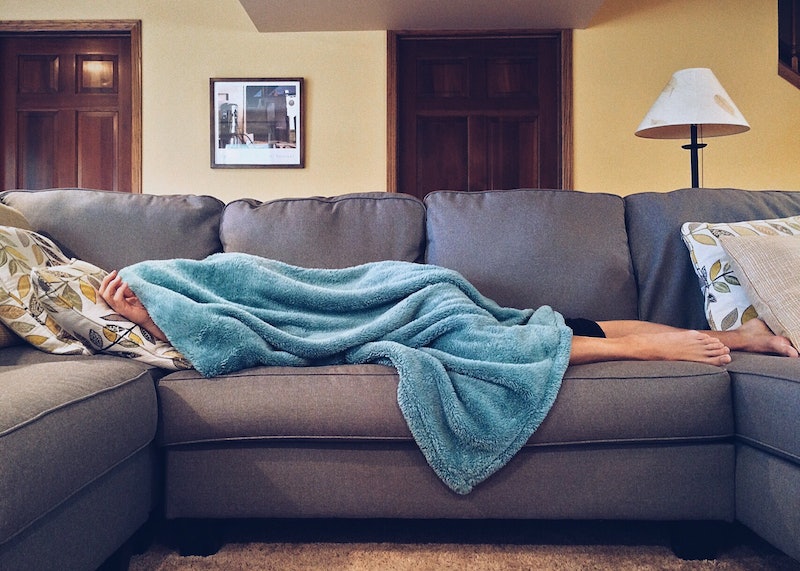 “My body just gives up.”

“The worst thing someone can do is talk.”

These are some of the ways the women of Culture Machine, a digital entertainment company in Mumbai, describe the first day of their periods. As of July 2017 though, they will no longer have to power through that physical and emotional roller coaster at work — Culture Machine is now offering “First Day of Period” leave to its female staff.

The company released a video this month in which is shows some of its 75 female staff members reacting gleefully to the news, and executives explaining why they chose to implement the policy.

“The first day is obviously a not so comfortable day for most,” says Devleena S. Majmuder, the President of Human Resource. “It’s time we face the reality. This is not an embarrassment. This is part of life.”

Ruchir Jochi, the Head of Content, argues that this is not just a women’s issue, and that men must learn to be more compassionate as well.

“A lot of time, I find men complaining about the fact that ‘oh.. but she gets her periods and gets a day off or gets to sit idle and not do any work," Joshi says. "But the realization that we have to have is that we don’t understand the pain and we don’t go through it. If we were to have probably that kind of discomfort, we would possibly not be coming to office or not be doing work at that point of time."

Talking about periods at all, let alone implementing menstrual leave, is extremely progressive, especially in a country like India, where women in rural areas are often still considered "impure" when they're on their periods, and are sometimes forced to sleep outside of their homes while they menstruate. And Culture Machine is not stopping at its own office; they have launched a Change.org petition for First Day of Period (FOP) leave to be offered to women across the subcontinent. Gozoop, another Mumbai company, has begun offering a similar menstrual leave policy.

Culture Machine is not the first to adopt this type of policy. The practice is already legal in some Asian countries, like Japan and Taiwan.

In March of this year, the Italian parliament also debated national menstrual leave. If it passed, Italy would have become the first Western nation with such a policy. While the move was celebrated by some who saw it as an important step forward in de-stigmatizing women's periods, others saw it as a problematic approach which could end up backfiring on the very women it sought to help. Miriam Goi, a feminist writer at Vice Italy, suggested that menstrual leave will only reinforce negative stereotypes about women in the workplace, the ones that portray us as crabby, chocolate-craving, Cathy cartoons. Diana Piazzalunga, an Italian economist, also warned that it could lead to hiring or promotion discrimination.

Many experts believe a more useful solution would be a stronger, broader paid-sick leave policy for everyone, something that would not single out women.

One thing is for sure — whether Culture Machine's FOP leave spreads beyond their walls, and whether or not it is a policy that should be widely implemented, it's a move that has sparked conversation about the struggles women face during menstruation, and that is valuable in and of itself.