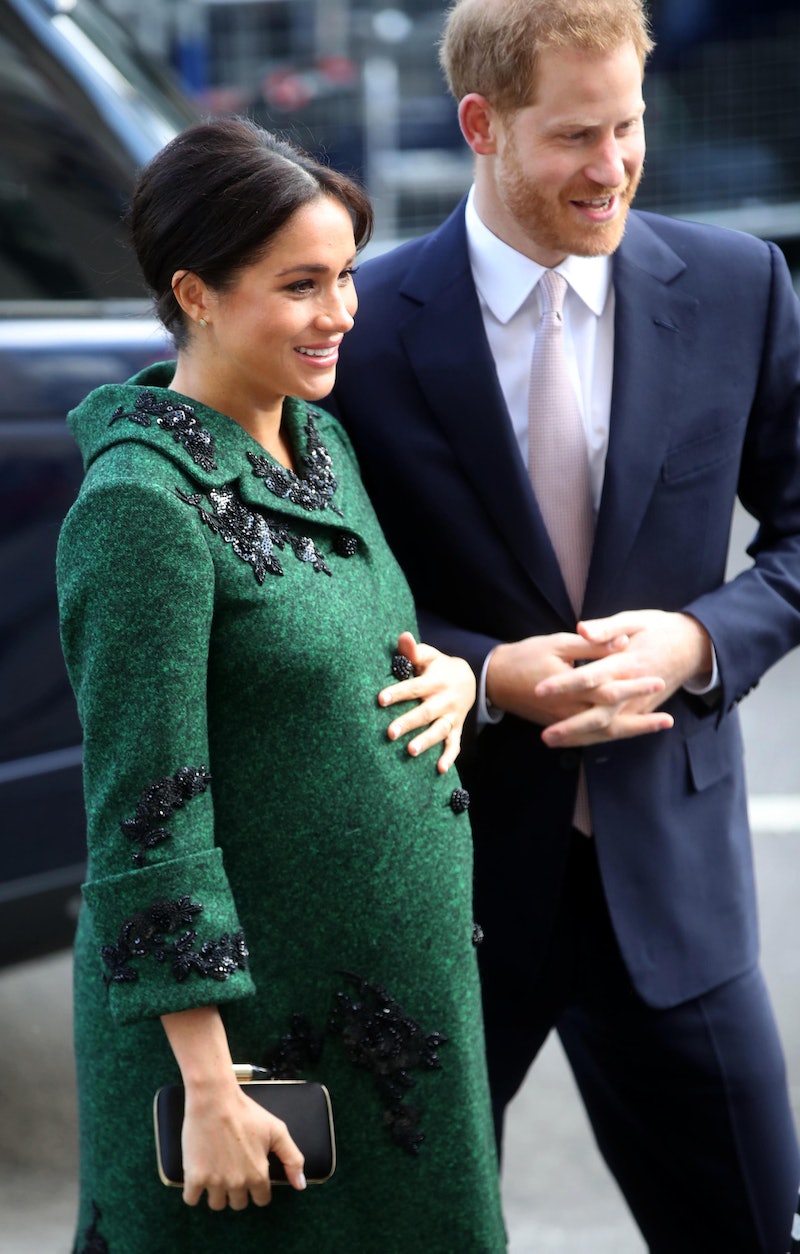 So far, the public doesn't know much about Meghan Markle and Prince Harry's baby, but since they welcomed their first child into the world on Monday, details are starting to trickle out, and this one is particularly sweet. According to a tweet from royal commentator Omid Scobie, the way Markle and Harry spent the first night with their baby makes it sound like they're really making the most of this precious time together and taking full advantage of the privacy they have.

In Scobie's tweet, he said that although there may not be any new royal baby news for now, photos are coming soon. He reported that Markle and Harry (and the baby) are at their home at Frogmore Cottage, and had a "peaceful and emotional" first night together.

Tweeting in the early hours of Tuesday morning, Scobie wrote:

"It will be a quiet day in terms of announcements but tomorrow’s photo call is not far away. Until then, Harry and Meghan are quietly enjoying private time at Frogmore Cottage with their new son. I’m told their first night as a family of three was peaceful and emotional."

"Peaceful" isn't always the first word that comes to mind when you think about life with a newborn, so it's good to hear that Markle and Harry may have gotten some rest. But emotional? For sure.

It seems like privacy has been very important to Markle and Harry from the very beginning. When Markle announced her birth plan earlier this year, she made it clear that she wouldn't be posing for photos or announcing a lot of birth details until she was comfortable, and when Kate Middleton and Prince William shared their congratulations after their new nephew had arrived, they said they hadn't had the chance to meet him yet, which shows that Harry and Markle really are keeping things as private as possible until they're ready to share their baby with more of the world. It seems that these first few days — or at least the first 24 hours — are just about their family of three.

But after his son was born, Harry did share his thoughts in an interview, where he confirmed the baby's birth and offered up a few sweet words about his wife and child.

"Yes, I’m very excited to announce that Meghan and myself had a baby boy early this morning, a very healthy boy," Harry said. "Mother and baby are doing incredibly well. It’s been the most amazing experience I can ever have possibly imagined. How any woman does what they do is beyond comprehension."

Markle and Harry's earliest moments as parents seem to have been special ones, and when they finally do share what these first few days have been like with fans, it will definitely be worth the wait. For now, the speculation about the baby's name and what he looks like will continue, but it's good to know that in the meantime, Markle and Harry are getting to enjoy this time with their son, just the three of them.