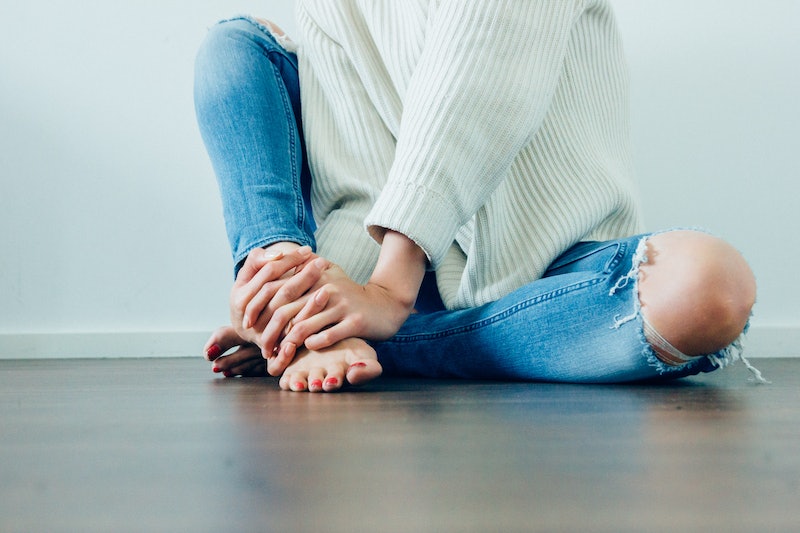 The path to happiness, it seems, is littered with takeout boxes and discarded coffee cups. In a study published earlier this summer, researchers continued the great scientific quest for an easy trick to being happy. Although everyone finds contentment differently, the study's results suggest that one way to make yourself happier is by "buying time" — that is, paying for other people to do stuff you hate while you're frolicking in the gardens of Netflix. Yes, science is basically justifying all that money you spend on food delivery every weekend. Or weekday.

Researchers conducted a few different studies, combining their results in a paper published in the Proceedings of the National Academy of Sciences (PNAS). First, they asked about 4,500 adults about their life satisfaction, time-related stress, and whether they paid for "time-saving purchases" like TaskRabbits or maids each month. The study's authors believed that people who spent money in this way would be happier, theorizing that "buying time should protect people from the negative impact of time stress on life satisfaction."

As it turns out, researchers appeared to be correct. According to the survey, 28 percent of respondents bought time for themselves, and they reported greater life satisfaction, regardless of income or wealth. Who wouldn't be happier when they have someone else cleaning up their messes?

"In this study, the majority of respondents reported spending money to buy themselves out of cooking, shopping, and household maintenance," researchers noted. In other words, we love to pay people to bring us food, run errands, and keep the house clean.

To make sure buying time caused the increase in satisfaction, researchers also conducted an experiment with 60 participants. Each was given two payments of $40 to spend on two consecutive weekends. On the first weekend, participants were told to spend it on a time-saving purchase; on the second, they had to spend it on a material item.

At the end of each weekend day, participants answered questions about their mood and levels of time stress. You can see where this is going: People who spent money on a time-saving purchase were happier at the end of the day than when they bought material goods. On top of reducing time stress, researchers speculated that this is because outsourcing chores restores a sense of control.

"Taken together, our findings suggest that [buying time] may reduce feelings of time pressure on a given day and provide a cumulative benefit by serving as a buffer against the deleterious effects of time pressure on overall life satisfaction," the study's authors concluded.

Clearly, buying time makes people happy, but few actually budget for it. If you hate cooking, laundry, or some other mundane task that fills you with dread, consider this a sign to jump straight into the sharing economy. If you have the cash, it's never been easier to find someone to help out — and you'll be happier for it.