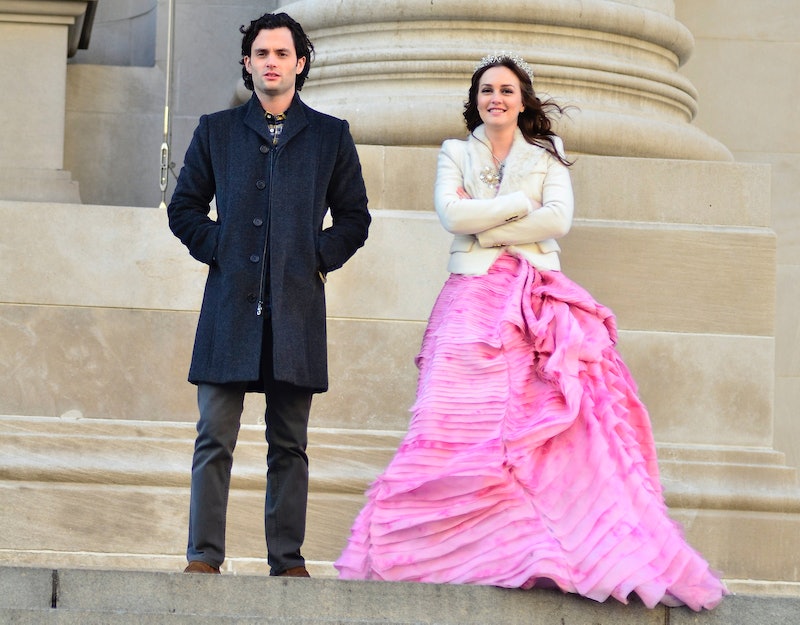 Almost eight years after Gossip Girl went off air, it still boasts a cult following. And as devoted fans pass their time watching re-runs, more and more wardrobe malfunctions and bloopers are being brought to light that you truly can’t believe that you missed the first time around.

First, it was the mention of Serena Van Der Woodsen’s under-dress sweatpants. Blake Lively wore them while blocking out a scene and they accidentally made it into the final cut. Viewers didn't notice the flub for years but it came to light early May. Now, it’s the case of the missing shoe. Yes, it’s true, someone was missing a black pointed-toe pump — and no one noticed until now.

TikTok user @triciaerb3 posted a now-viral video on the social media platform that captured a scene between Blair Waldorf and Dan Humphrey in Gossip Girl’s episode, “Jewel of Danial.” As the camera pans back from the duo, you can see the feet of those standing around them. Just over actor Leighton Meester’s right shoulder, you can see someone wearing a black heel on one foot while their other foot is barefoot.

By Tuesday morning, the TikTok video has already garnered almost 25 thousand likes and 300 comments. Viral it has become.

Below, watch the clip in full and you will surely wonder, “How did no one notice that before?”

More like this
A TikToker Just Proved Gossip Girl's Identity Was Revealed In Episode 1
By Jake Viswanath and Meguire Hennes
These Are The Best Socks A Woman Can Buy
By Lisa Fogarty
'Selling Sunset's Vanessa Married Her British Beau Nick In A “Fairytale” Wedding
By Darshita Goyal
How To Wear A Bucket Hat Like Rihanna, Dua Lipa, & More
By Allie Fasanella
Get Even More From Bustle — Sign Up For The Newsletter