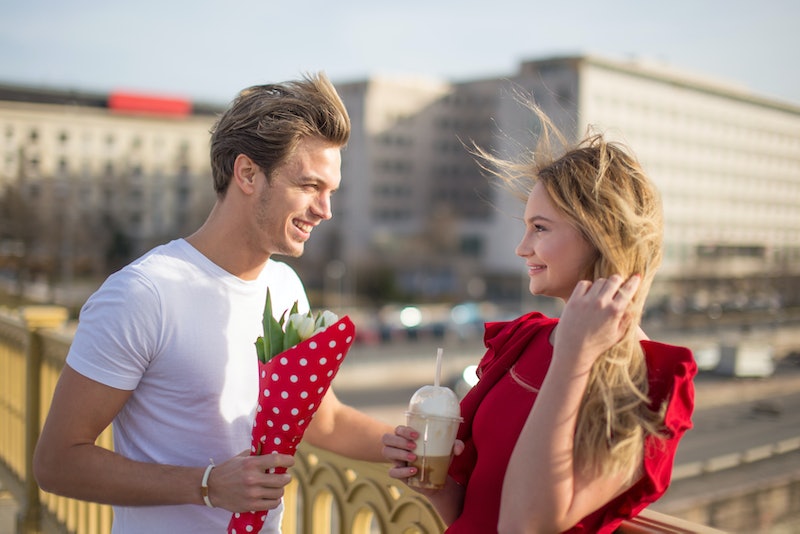 Truthfully, dating as a vegan can be frustrating sometimes, but always for really stupid reasons. Every single vegan has probably experienced this classic dating fun time: you're on an early Tinder date where it finally comes up in conversation that you're vegan, only for the other person to roll their eyes or say that they'd love to be a vegan but they would "literally die" if they couldn't have cheese. Even worse, you get those who lecture you, cross-question you, and then act like you're trying to convert them — when all you've been trying to do is change the subject.

I'm lucky that my girlfriend is totally great and supportive about me being a vegan, but I've been through some really awkward and annoying conversations in the past. But a new post from a Redditor has shown that maybe romance isn't dead. Maybe, when it comes to dating a vegan, this guy has really lifted the effing bar.

"I went on a first date the other day, and it came up that I was vegan. On the second date he brought me a couple of bunches of kale from his garden," rundarthmittens said on the vegan subReddit. And, to prove it, she added a photo of said kale already chilling in her colander.

I'm happy for my girlfriend to keep me stocked in vegan chocolate and vegan ice cream, but if leafy veggies are your thing than it looks like there's still hope that someone will deliver you a bouquet of kale on a second date.

Or at the very least, someone who respects your point of view.

Other Redditors seemed to agree, commenting "Marry him" and "I think he likes you." Although the best comment was probably, "Like flowers, but you can eat them!" Because everyone knows edible gifts are really the way to a girl's heart.

So maybe swap the bouquets and chocolate for some leafy greens or whatever your date is into — we can all benefit from changing it up now and then in honor of showing someone we're interested in them.