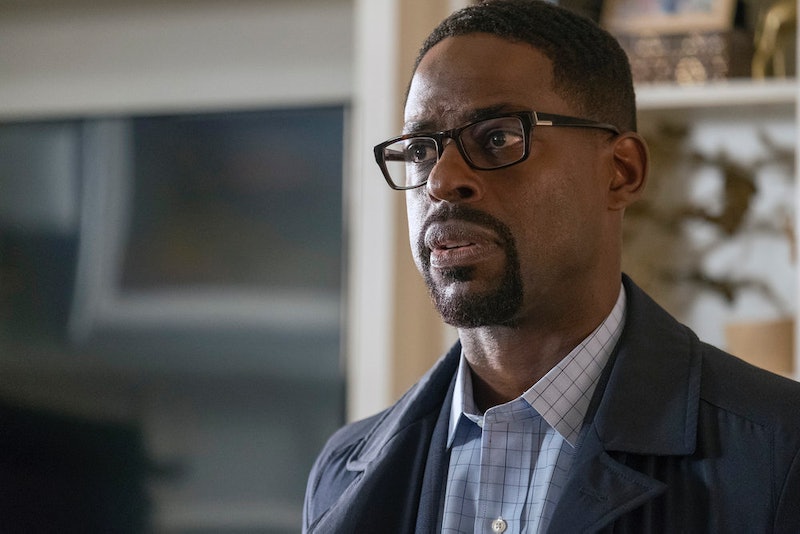 Anyone who has ever watched This Is Us knows that the Pearson family has faced its fair share of struggles throughout the years, over multiple timelines. However, if you were thinking that the coming season, which is schedule to debut this fall, was going to give these characters a break from all the heartache, think again. Entertainment Weekly recently caught up with series creator Dan Fogelmen, who revealed a few tantalizing details about This Is Us Season 4 that are guaranteed to leave you worried about everyone's future.

Fogelman said that he views Season 4 as a restart of sorts for many of the characters as they take on new aspects of their lives. Kate and Toby are now parents; Rebecca and Miguel are moving to California; Randall and Beth are heading to Philadelphia. “Restarts for everybody,” he divulged to Entertainment Weekly. “And midpoints. I think it’s going to be very ambitious and sprawling in terms of how it plays with time." But while some of these next hurdles are sure to be exciting, Fogelman warned that for some of the characters, things could end up getting a little scary as well.

"Many of our characters are in the middle of their stories, and that’s a point where characters are opening up to new things and new things are starting," he explained. "That becomes a very exciting period for almost all of the characters, and for some of them, maybe a very scary period in terms of how fraught their storylines are.”

As usual, this comment is frustratingly cryptic and doesn't give any clue or indication as to who he could be talking about. If everyone is getting a restart and embarking on new adventures, then it's just as likely for one of them to face a scary period in their life as much as all the others. Of course, we do know that something happens to Rebecca in the future, thanks to those big flash forward reveals. The Season 3 finale found a much older version of the character bed-ridden and surrounded by her family.

Could Fogelman's statement be teasing what ultimately ends up happening to her? Then again, Miguel was completely MIA during the flash forward scene. Did something happen to him, and will it have anything to do with this "scary period" Fogelman mentioned?

Viewers still have a ways to wait before any of these questions can get cleared up. However, Fogelman has already written the script for the Season 4 premiere and teases that the episode won't venture off into any future flash forwards right away, which means a solid portion of the hour should be dedicated to present day events for the Pearsons. “In order to start returning to that period, you first have to fill in some of the middle, and that’s what’s going to start happening in these next few years,” he stated. “They’re going to inform what you’ve already seen.”

Let's just hope that whatever "scary periods" come to pass, the Pearsons will be able to get through it like they always have: together.

More like this
9 Movies & TV Shows That Prove Stanley Tucci Elevates Everything He’s In
By Jake Viswanath and Radhika Menon
Who’s The Richest 'Grey’s Anatomy' Star? See The Net Worth Of Each Cast Member
By Hugh McIntyre
Dan Levy Appears In The Latest Teaser For The Weeknd's HBO Series, 'The Idol'
By Jake Viswanath
At 28, Hilary Swank Was Prepping For 'Million Dollar Baby' & Hanging With Her Parrot
By Samantha Leach
Get Even More From Bustle — Sign Up For The Newsletter