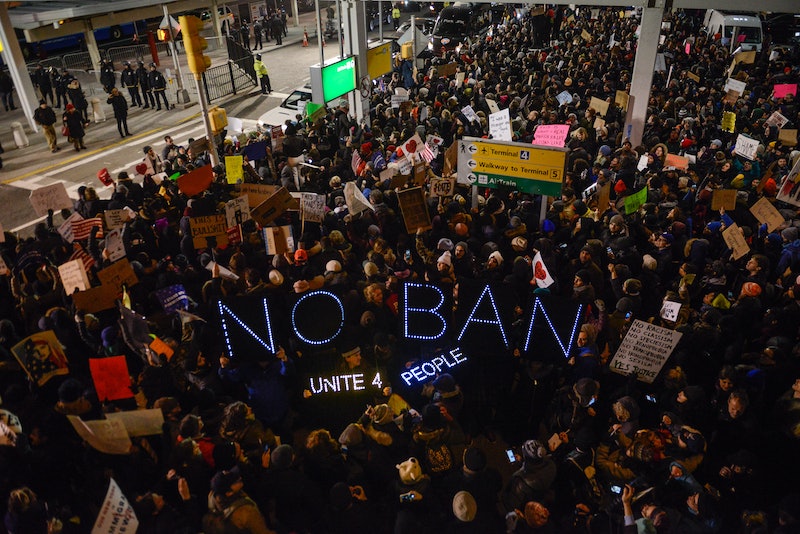 Throughout Saturday, the nation grappled with Donald Trump's decision to temporarily ban immigrants, including many refugees, from seven Muslim-majority countries. Trump signed the executive order Friday evening, leaving Americans and the global immigrant community reeling. By Saturday night crowds were gathered at several major U.S. airports to protest Trump's immigration order, which has forced airport security across the country — at JFK, LAX, Atlanta, O'Hare, and others — to detain a number of people seeking to enter the United States. Update: The ACLU has successfully achieved a temporarily stay of Donald Trump.

The airports inadvertently hosting protests on Saturday night included: JFK, Dulles, LAX, Atlanta, O'Hare, Detroit, Newark, Seattle, and O'Hare. Foreign airports are also stopping some green card holders from flying to the U.S. in the aftermath of the executive order, according to The New York Times. Meanwhile, civil rights groups, including the ACLU, were in court Saturday fighting against the executive order and for those detained because of it.

Although a petition filed by the ACLU has temporarily stopped the executive order from taking effect, the White House is expected to try to reinstate it shortly.