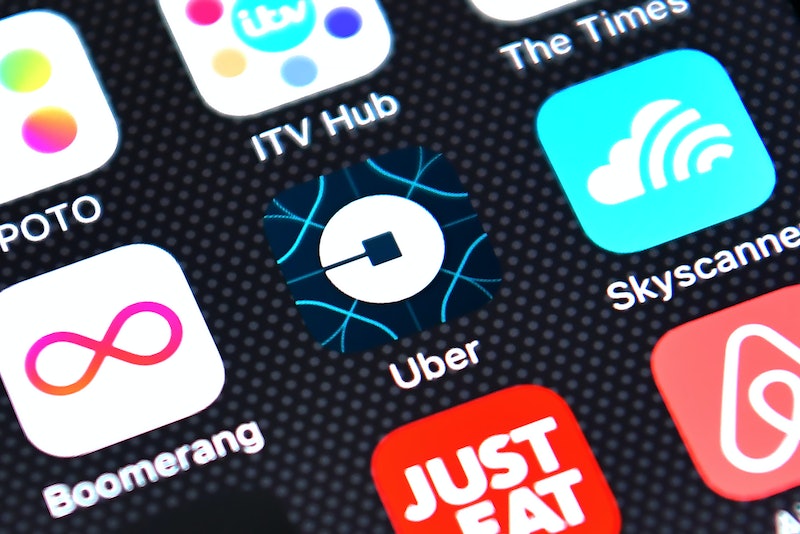 On Saturday night, as crowds protested President Donald Trump's immigration order at John F. Kennedy Airport, Uber turned off its "surge" function for New York City. By Sunday morning, people were tweeting "#DeleteUber" and sharing screenshots of themselves doing so on social media. So why did Uber's response to the JFK protests disappoint its users? And why did the reaction from Lyft, a lifelong competitor of Uber, provoke the opposite reaction?

To get to the bottom of this, let's start with surge pricing. If you've ever used Uber, you'll know that Uber prices "surge" — as do that of its competitors — during busy periods. Uber explains it as such on its website: "During times of high demand for rides, fares may increase to make sure those who need a ride can get one. For riders, surge helps ensure that pickup is available quickly and reliably. For driver-partners, surge means higher fares and a steady stream of ride requests."

Uber has turned off "surge" before — for example, during the 2014 hostage crisis in Sydney, Australia, when a "surge" in pricing meant that a trip's cost quadrupled. (Uber went on to make all rides in the area free.) However, on Saturday night, Uber turned off "surge" just hours after the New York Taxi Workers Alliance announced that there would be no taxi pickup at JFK between 6 p.m. and 7 p.m. in protest of Donald Trump's executive order — a large-scale measure that had left immigrants and refugees detained and frightened at the airport.

At 7.36 p.m Saturday, Uber tweeted: "Surge pricing has been turned off at #JFK Airport. This may result in longer wait times. Please be patient." Turning off surge pricing means that a ride is cheaper than it would normally be during busy times. This was interpreted as a means of breaking up the strike at the airport, particularly since Uber CEO Travis Kalanick is a member of Trump's business advisory group.

Kalanick's statement, which you can read in full here, pledges to protest Uber employees from repercussions of the ban, and to bring up his concerns with President Trump at their first group meeting.

Our People Ops team has already reached out to the dozen or so employees who we know are affected: for example, those who live and work in the U.S., are legal residents but not naturalized citizens will not be able to get back into the country if they are traveling outside of the U.S. now or anytime in the next 90 days. Anyone who believes that this order could impact them should contact our immigration team immediately.

While every government has their own immigration controls, allowing people from all around the world to come here and make America their home has largely been the U.S.’s policy since its founding. That means this ban will impact many innocent people—an issue that I will raise this coming Friday when I go to Washington for President Trump’s first business advisory group meeting.

However, the backlash from the "surge" decision Saturday night has been swift.

Meanwhile, the actions of Lyft, a top competitor of Uber, left Uber consumers vowing to use Lyft instead. In a statement, here's what Lyft said.

This weekend, Trump closed the country’s borders to refugees, immigrants, and even documented residents from around the world based on their country of origin. Banning people of a particular faith or creed, race or identity, sexuality or ethnicity, from entering the U.S. is antithetical to both Lyft’s and our nation’s core values. We stand firmly against these actions, and will not be silent on issues that threaten the values of our community.

We know this directly impacts many of our community members, their families and friends. We stand with you, and are donating $1,000,000 over the next four years to the ACLU to defend our constitution. We ask that you continue to be there for each other – and together, continue proving the power of community.

This, too, provoked a swift response.

More protests are expected to continue into Sunday.