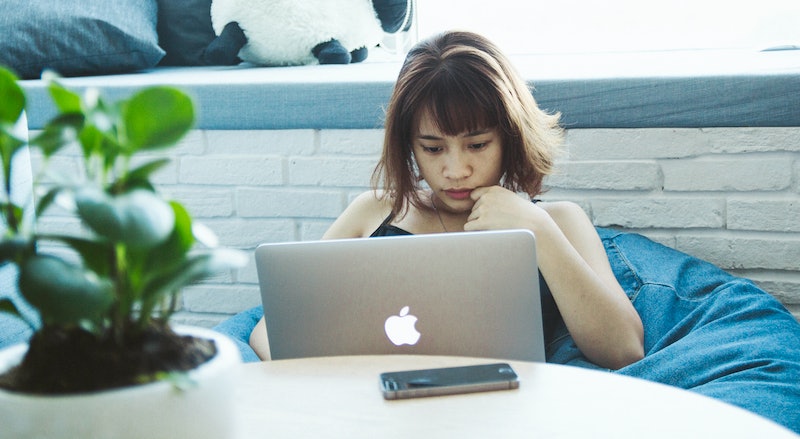 If you like being able to access any website you choose and have it load at the same speed as any other site, then guess what? You are a fan of net neutrality, which dictates that internet service should be considered a basic utility (like gas and electricity), and providers should treat all internet traffic and usage the same. In 2015, an FCC regulation put this philosophy into action, making it illegal for internet service providers (ISPs) to treat any website's traffic differently from any other site's (i.e., you can watch porn just as fast as YouTube videos). But now, the Trump administration wants to end net neutrality, arguing that fewer government regulations on ISPs will lead to more money and jobs. On Wednesday, dozens of major websites, from Google and Amazon to Netflix and Spotify, protested to bring awareness to the threat this poses to our internet freedoms.

Dropping net neutrality wouldn't just raise the possibility that users would be unable to access certain sites that their web provider didn't approve of, or that websites would have to pay ISPs extra money to make sure that their pages load quickly. Losing net neutrality would also have major consequences for the millions of women who rely on the internet to run businesses, earn money, produce content and form activist communities. The end of net neutrality could leave these women unable to organize, compete with other businesses, or make their voices heard at all.