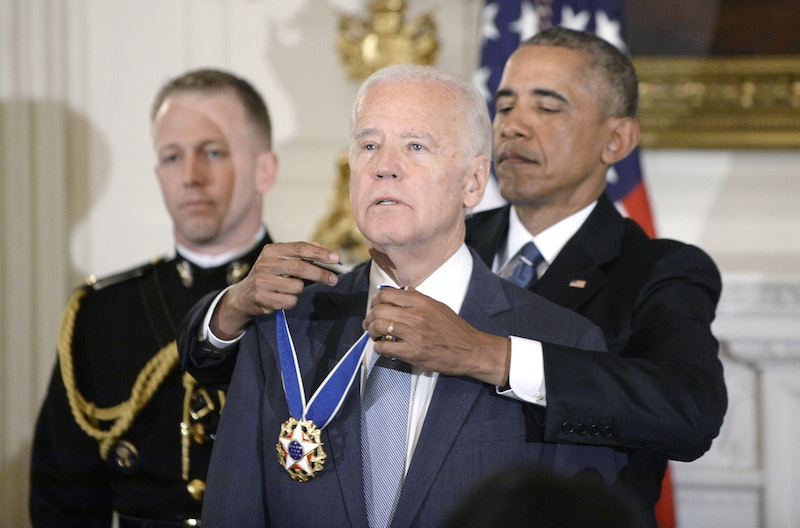 If you’re like me, you had an unplanned crying session on Thursday while you watched President Barack Obama hand out his last, and possibly greatest, Presidential Medal of Freedom to his Vice President, Joe Biden. Biden’s tears were apparently unplanned, too, as the veep only knew that Obama was paying tribute to him, not that he was awarding him with the highest available civilian honor: the medal was given “with Distinction,” an honor previously bestowed on Ronald Reagan, Colin Powell, and Pope John Paul II.

Fortunately, there is a support group for people who were inundated with feelz about the Obama/Biden bromance: it’s called Twitter. People gushed, posted sob emojis, and hashtagged their love for the POTUS/VPOTUS friendship all over the place.

Well, almost. While the overwhelming response to Biden’s honoring has been positive, some people on Twitter are using it as an opportunity to continue complaining about the Obama-Biden administration — including a former congressman.

So in this brave new era of making sure we listen to — or are at least aware of — what the other side is saying, here’s a run-down of weirdly negative and aggressive reactions to what is clearly one of the best best friendships in Presidential history.

It's not all sunshine and rainbows, however.