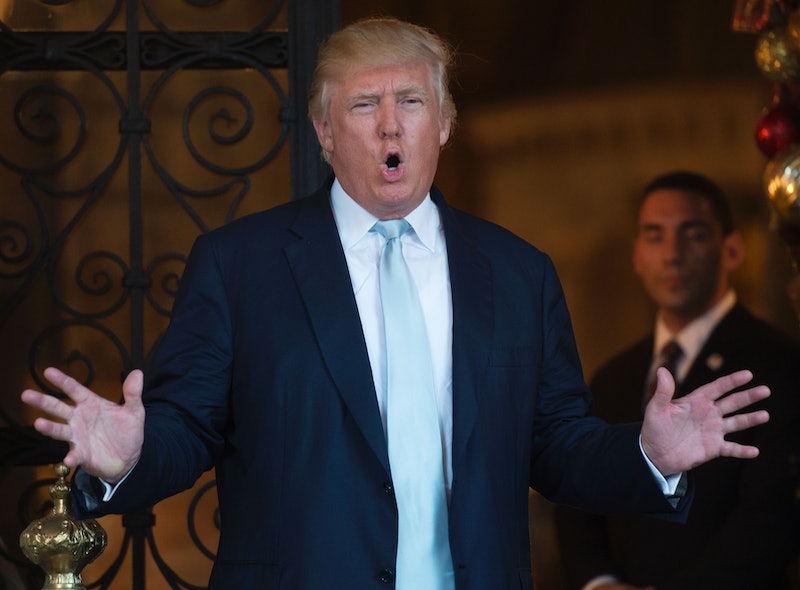 Donald Trump will have been the president-elect for nearly two months by the time his victory is formalized on Friday. That’s when the Senate opens and officially counts the Electoral College votes. And although no one is doubting that he will take the oath of office on Inauguration Day, there still may be a few bumps in the road. According to a report in Politico, a few Democratic congressmen are considering formally challenging Trump’s victory in the Electoral College during Friday’s count, utilizing a part of federal law that allows lawmakers to formally issue complaints.

Under federal law, the president of the Senate — aka the vice president of the United States — is required to call for challenges during the counting of the Electoral College ballots. Objections have to be submitted in writing, and they need to be signed by one senator and one representative. According to Politico, the grounds for potential complaints in this case include suspected Russian hacking influencing the election, voter suppression, and claims that some electors were ineligible to serve (though this is more technical).

The framework for challenging Electoral College ballots was put into place in 1887 as part of the Electoral Count Act, meant to address the crisis of the 1876 election, according to Prof. Edward B. Foley of the Moritz College of Law at Ohio State University, an expert in election law and author of Ballot Battles: The History of Disputed Elections in the United States.

“We came much closer to a genuine constitutional crisis over the 1876 election,” Foley told Bustle. “Inauguration Day back then was on March 4, and we still didn’t know who was President until the early hours of March 2. Ulysses Grant was considering declaring martial law.”

The way the law is designed makes it unlikely that there will be any change to the outcome of the election. “First, we’ll need to see if a senator signs on to any of these objections,” Foley explained. “Then, under the statute, each house deliberates for up to two hours on the objection. It would take both houses to sustain the objection in order to disqualify that electoral vote.”

Should the Democratic legislators go through with such a challenge, it could be a useful and interesting exercise from a legal and constitutional perspective, depending on what grounds the objections are lodged.

Nevertheless, the prospects for a successful challenge are dim. Challenges that have gotten the requisite senator to sign on have been rare, and according to Foley, no electoral votes have ever been thrown out via the mechanism of Electoral Count Act.

Still, as with this entire presidential election, be prepared to be surprised.