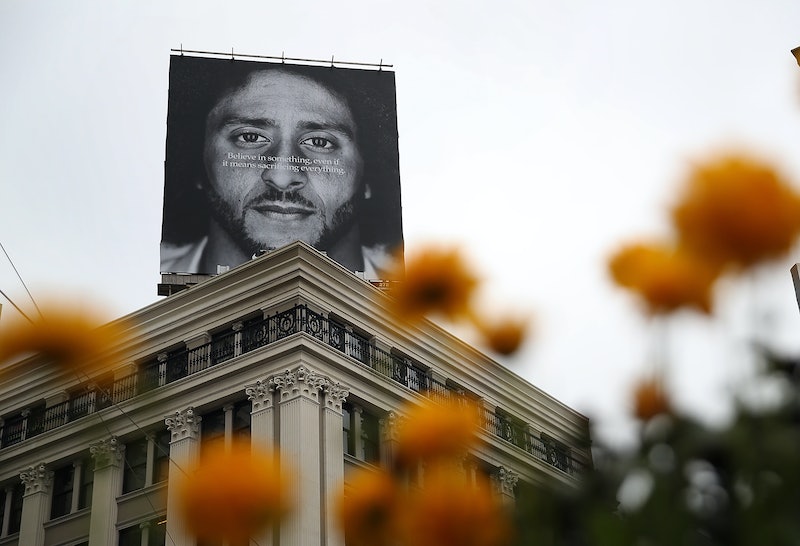 This is certainly one way to respond to advertising. In a memo issued on Sept. 5, but only recently made public, the Kenner, Louisiana mayor banned the purchase of Nike products from the city's recreational facilities after the company unveiled its ad campaign featuring Colin Kaepernick.

"Effective immediately all purchases made by any booster club operating at any Kenner Recreation Facility for wearing apparel, shoes, athletic equipment, and/or any athletic product must be approved by the Director of Parks and Recreation, or his designee," Mayor Ben Zahn wrote in a memo dated Sept. 5. "Under no circumstances will any Nike product or any product with the Nike logo be purchased for use or delivery at any City of Kenner Recreation facility."

On Sept. 5, Nike unveiled its 30th anniversary "Just Do It" campaign, featuring former National Football League quarterback Colin Kaepernick. "Calling a dream crazy is not an insult," Kaepernick says in the advertisement. "It's a compliment."

The ad spurred some strong responses from conservatives who viewed Kaepernick's protests against police brutality as anti-patriotic.

Zahn said in a statement that he doesn't want the city to be a part of a "political message" through purchases.

"I applaud Nike’s message of inclusion and encouragement for everyone to be their best and dream big. But I also recognize that Nike, in its zeal to sell shoes, chose to promote and sell a political message," Zahn wrote in a statement, according to WWL.

Zahn said the memo was issued in support of citizens across "political philosophies" in Kenner. "We must respect all of those agendas and philosophies. So, when a company uses its advertising as its own political megaphone, government should be fair to all of its people and not allow taxpayer dollars to be used to help that company push its own political agenda," he wrote.

Zahn said Nike apparel can "of course" still be worn on Kenner playgrounds.

Owen Rey, the booster club president at Susan Park Playground in Kenner, told CBS-affiliate WWL that the policy shouldn't be dictated by logo.

"If we have something that we feel that we want that's going to benefit our kids, it shouldn't matter what logo, what brand, as long as it helps the kids and what we're trying to accomplish at the park," Rey told WWL.

"I was not made aware of this decision beforehand and it is in direct contradiction of what I stand for and what the City of Kenner should stand for," he wrote. "I am 100% AGAINST this decision. I will meet with the Mayor and other Council members in an effort to rescind this directive. I will keep the citizens of Kenner, and the Greater New Orleans area informed as we move forward."