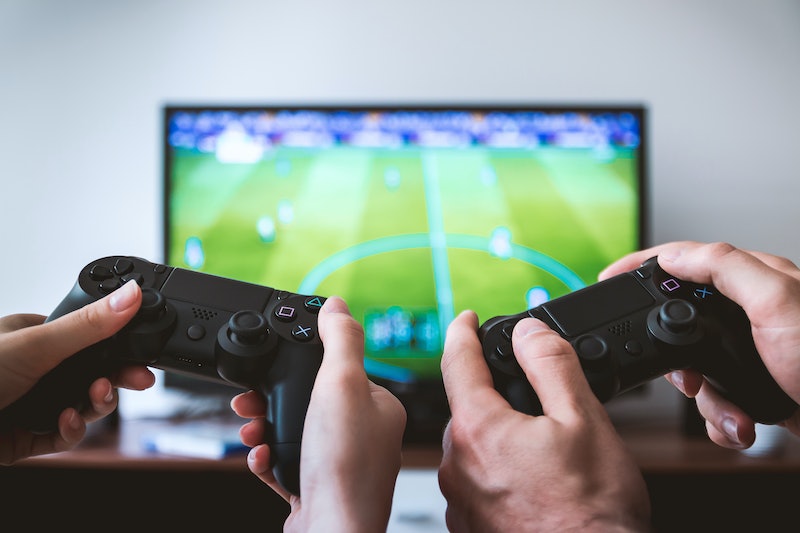 Listen up, ladiesss! Don’t you just wish you could spend hours upon hours wandering through generic shopping malls, dropping money on things you don’t really need, without your husband jabbering about being bored?! Oh, what’s that? That’s actually actually a terribly sexist and outdated assumption to make? Well, one mall took this antiquated concept and really ran with it. The Global Harbour mall in Shanghai recently installed “husband pods” for men to play video games in while their wives shop.

Each individual pod has a chair, monitor, computer, and gamepad for aggrieved partners to sit in and play games while their S.O. is presumably off shopping for shoes and purses and tampons and other ~lady~ stuff.

The pods have received mixed reviews so far. One man said it was great, and he felt like he was back at school. Another complained: "There's no ventilation or air conditioning, I sat playing for five minutes and was drenched in sweat."

The mall is testing out the four pods for a month before deciding whether to make them a regular feature.

Many people have responded to what they see as the sexism of such pods.

"I don't like shopping but my husband enjoys it...guess I know what I'll be doing next time he shops," one user commented on the Chinese site Weibo.

"I would be willing to go shopping with my girlfriend if I could even get one," another said.

"If my husband tells me he'd rather go game than shop with me I'll get really mad."

Husband pods are not a sexist crisis by any means, but they are based on the laughably outdated image that women are all vapid clothes horses who always want to go shopping, and grumpy men who would rather play video games than anything else. It all reads like a bad '80s sitcom.

If husband pods ever make the leap to the United States, they're going to have fewer malls to set up in. A recent study from Credit Suisse estimated that between 20 and 25 percent of malls will close within the next five years due to the rapid increase of online shopping, which the report estimates will increase from 17 to 30 percent of all sales by 2030.

So, let people have their gaming pods, I suppose. In a few years couples fighting about being bored at the mall will be a thing of the past.