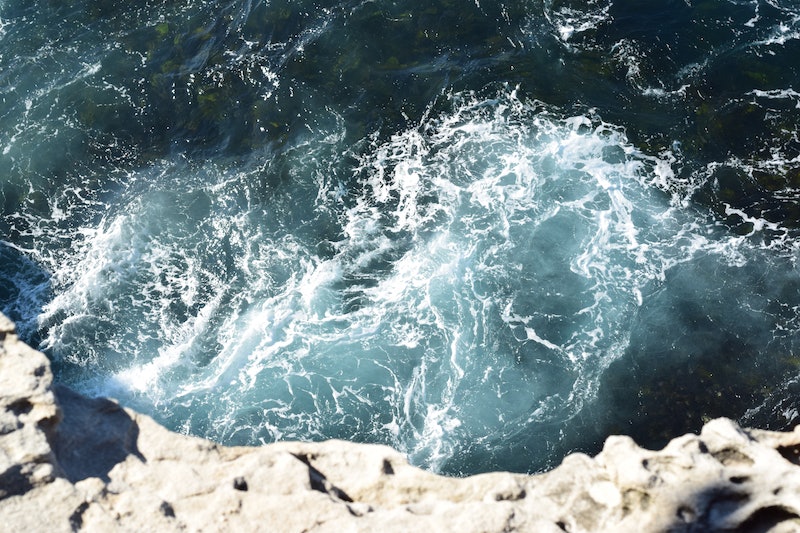 I'll be the first to extol the virtues of beaches. Sun! Sand! Naps in the sun and sand! You may notice, however, that none of those things include setting foot in the water, because the fathomless depths of the ocean are terrifying. If you don't believe me, worrier extraordinaire, believe this man's story about rip currents in Daytona Beach, Florida, last month. His experience is unsettling enough to make even regular beach-goers rethink entering Poseidon's territory.

On Monday, Reddit user VictimOfAReload related a chilling tale of the high seas (or, well, the beach) on the subreddit Today, I F*cked Up, also known by slightly safer for work acronym TIFU. You can read the story in its entirety over on Reddit, but the gist is as follows.

In his post, VictimOfAReload explained that he and a group of friends headed to Daytona Beach for the weekend last month. As residents of coastal Florida, all of them were familiar with swimming in the ocean, which may be why the author of the post noticed a rip current from the shore. But this didn't stop he and his friends from swimming out to a distant sandbar — a decision they quickly regretted.

"It's not a sand bar. It's just the way the sun hit the water," wrote the Reddit user. Unfortunately, their swim had taken the group past the breakers into relatively deep water. "The waves are pretty decent and are tossing us around... So we're sitting here floating well off the coast. With no reach to the ground," he explained.

Here's the part that will make you want to stay firmly planted on the ground for the rest of your life: When the group tried to swim back to shore, they couldn't make any progress. They were caught in the rip current pulling them further out to sea.

Before going any further, let me explain what was happening. According to the National Weather Service, rip currents form after a wave breaks, when a "narrow, fast-moving section of water travels in an offshore direction." Although this current flows against incoming waves, it can reach velocities of up to eight feet per second, making it extremely difficult to swim directly back to shore. In fact, according to the United States Lifesaving Association, more than 80 percent of surf beach rescues are the result of rip currents. With that disturbing information in mind, it's no wonder VictimOfAReload and his friends were having so much trouble returning to land.

To avoid drowning from sheer exhaustion, swimmers caught in a rip current are supposed to swim parallel to the shore until they can strike back toward land at an angle. Despite being seasoned swimmers, though, the group decided to swim hard toward shore. Finally, after a few minutes of solid effort, they stopped to test the depth of the water. "It's hard to judge if you're making it into shore, [s]ince you have no land marks to reference yourself against," he explained.

Amazingly, they had made it to shallower water — still above their heads, but close enough to the breakers that they could ride the waves to shore.

"Engineers should spend more time at the gym," concluded the author. My own takeaway? I'm officially memorizing the signs of a rip current, but just in case, never again shall I enter the ocean without at least three floaties attached to my person.