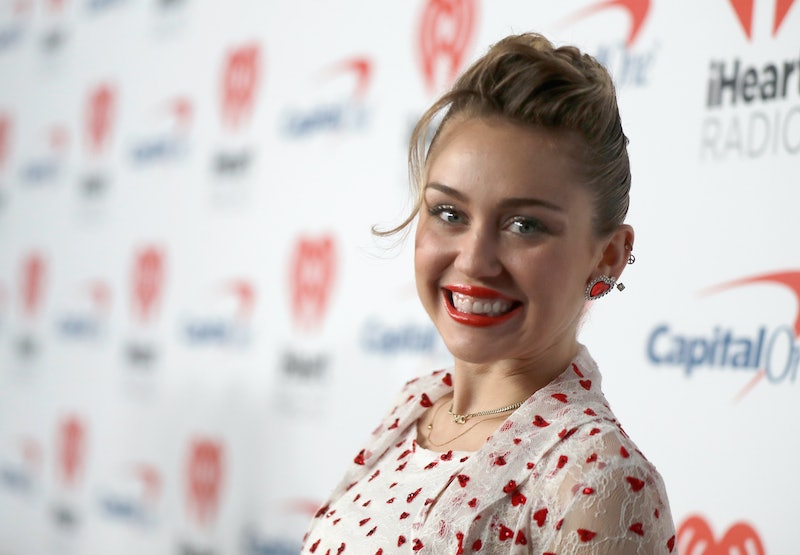 Miley Cyrus was born into a musical family, but she's been famous on her own terms for most of her life. On Sunday, Oct. 29, the actress and musician sat down with CBS Sunday Morning to discuss growing up in the public eye and the effect it had on her. Even for longtime fans, Miley Cyrus' comments about Hannah Montana and the pressures of being a child actor may make you see her in a new light. Cyrus, now 24, has new insight on how being a teenage actor, who was playing a teenager, who was playing Hannah Montana shaped her personal identity. “I liked being in the Disney universe," Cyrus told CBS Sunday Morning, "[Because] I didn’t know anything else. I knew I was getting to live what I wanted to do.” Now in her mid-20s, Cyrus is starting to see the ways this affected her, long-term.

"I’m older now," she said in the interview. "I realize that’s a lot to put on a kid.” Even so, Cyrus said that she "loved being that character" on television, and loved doing the Hannah Montana songs. According to Cyrus in the CBS interview, "Music is everything," and she was grateful to bring the positive Hannah Montana messages to her young fans. Even so, it was a double-edged sword. Successful child actors often take breaks from the spotlight, move on to projects outside of acting, or try to live their lives separately from the Hollywood bubble. Miley Cyrus never had that opportunity. She was an international touring musician by the time she was 13, selling out arenas with her own music and the music of Hannah Montana. Imagine embarking on a world tour on the strength of your own teenage songs, but also having to put on a full set as your Disney sitcom character. In Cyrus' own words, looking back, the experience "was a little Toddlers & Tiaras" due to the wigs and costumes that she wore as the character.

On Hannah Montana, Cyrus famously played two different characters: Miley Stewart, who was a normal teen with a secret rockstar identity named Hannah Montana. In addition, Cyrus notes that outside of the TV show, she also toured as the character Hannah, which was confusing for fans and herself. “I think that’s probably what’s a little bit wrong with me now!” Cyrus playfully joked in her interview with CBS. “I think people loved Hannah Montana because Hannah Montana [the character] did feel real. And that’s ’cause I was under there. And people forgot that sometimes.”

Since people would often conflate the character of Hannah Montana with the person Miley Cyrus was becoming, it made things difficult for Cyrus to continue with the dual tour. Trying to keep that balance, in fact, likely caused "some extreme damage in [her] psyche as an adult person,” she said in the interview.

While many child actors and singers have stumbled on the way to adulthood, Cyrus could join several the ranks of several performers who have successfully made the transition. Leonardo DiCaprio, for example, has thrived since his sitcom days in the mid-late '80s. Drew Barrymore was an acting legacy and a blockbuster film star at the same time, but wrote a memoir about her addiction and recovery by the time she was 13.

Cyrus is fortunate for her ability to recognize this struggle within herself. This insight may reshape the way fans see her now — but the most important thing is that it helps Cyrus better understand herself.