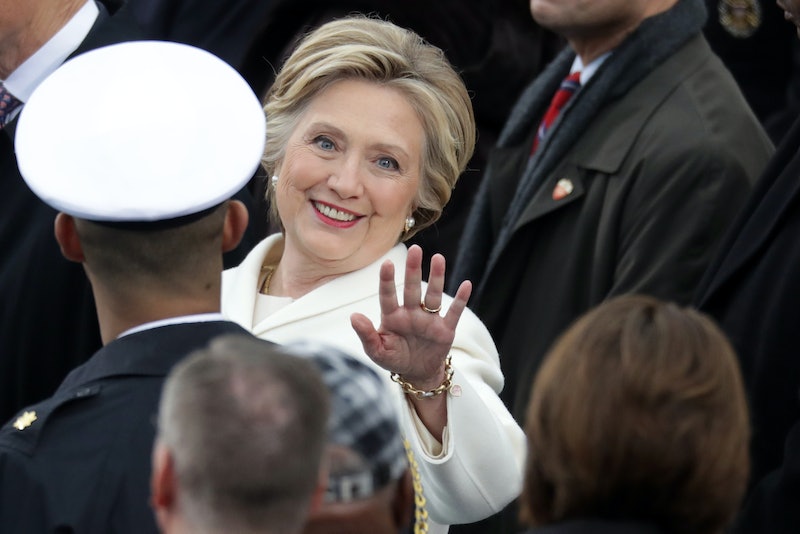 But her emails! If I had a nickel for every time I heard someone justify a vote for Donald Trump, Gary Johnson, or Jill Stein with those three words, I could have retired on Election Day. Over and over, I heard Hillary Clinton's use of a private email server used to justify voting for a man with no political experience who spewed hateful rhetoric. In the last stretch of the campaign, Matt Lauer even arguably derailed an entire presidential forum with questions about Clinton's emails that came at the expense of discussing her plans for solving global problems.

When I read the results of this poll, I thought of only thing: the email "scandal" was never really about the emails at all. After reading the survey, I believe it's unfortunately clear that many anti-Clinton voters clung to the manufactured controversy over her private server in order to justify their fundamental discomfort with the concept of a female president.

That may sound extreme, but hear me out. Unlike the president and his war with the national parks' Twitter accounts, I have science on my side.

During the campaign, I remember hearing from a lot of people that there is "just something I don't like" about Clinton, or some variation on that sentiment. The matter of the emails, ostensibly, provided people with a tangible piece of evidence to justify their nebulous feelings of distrust. But where did those feelings originate? Not in reality: PolitiFact has rated Clinton as among the most honest politicians of all.

Take Clinton herself out of the equation entirely, and there's evidence that people still don't trust ambitious women. A 2010 Harvard study asked participants to evaluate fictional profiles for politicians. Participants thought "power-seeking" men were tougher and more competent than other men. Conversely, participants reacted to "power-seeking" women with "feelings of moral outrage": contempt, anger, and disgust. Except for gender, the actual profiles were identical.

A Leadership Psychology Institute study also described two fictional people identically, except for gender. Participants rated "Heidi" as more selfish, less likable, and less worthy of being hired than "Howard," even though they were otherwise described identically. Many other studies using similar setups have found similar results.

Studies have also indicated that men view powerful women as threats to their masculinity, but the problem is not unique to men. HCD Research examined the implicit biases of four groups of voters (male and female, pro-Trump and pro-Clinton), and found that the group with the most significant bias against associating women with careers were female Trump supporters.

I sincerely believe that the But her emails! sentiment was about explaining away these biases and feelings of discomfort. It was never about genuine outrage that Clinton used a private server.

And that may be why anti-Clinton voters weren't up in arms about the fact that senior Trump White House staffers had private email accounts. It's also why a plurality of Trump's own supporters think it would be just fine if Trump had his own private server: The issue isn't the emails at all, it's the gender of the person writing them.