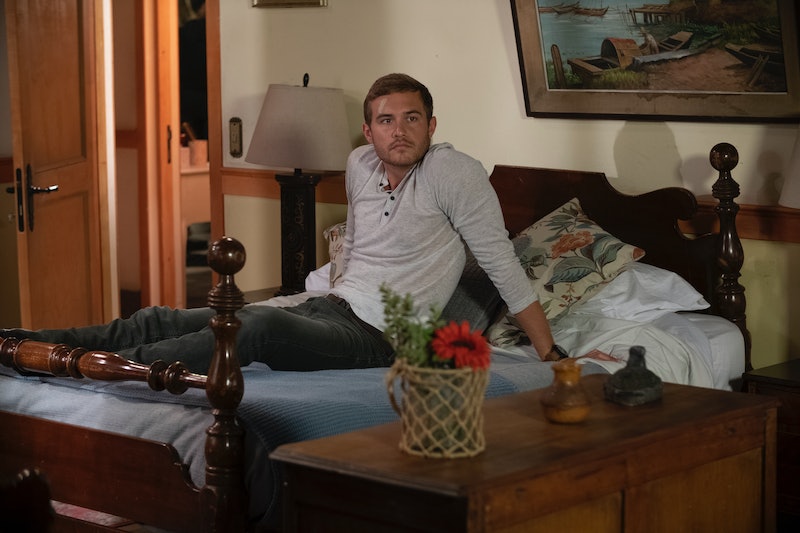 Every year, Chris Harrison claims that the upcoming Bachelor season will prove to be the most dramatic ever in the show's history. But this year, thanks to a new Reddit theory about Peter's Bachelor ending, he might finally be telling the truth. From the very beginning, Peter has claimed that his finale can't be spoiled, prompting numerous theories to spread like wildfire about how his journey could possibly come to a close. Is the season not done filming yet? Could Hannah B. return yet again? Every possible angle has seemed to be considered — except for one, until just recently, and it may very well be the most wild theory of them all.

The theory was first presented on Reddit by user krallie, who speculated that Peter doesn't choose one of his contestants or Hannah B. Instead, the theory suggests he ends up with Bachelor producer Julie LaPlaca, and while you may be tempted to instantly disregard the possibility, the evidence behind the claim is actually pretty compelling. For starters, Peter and Julie spent New Year's Eve together and even shared a meal with their families. A photo of the gathering was shared by Peter's father on Instagram, which Julie is tagged in, along with the caption: "New Years Eve lunch with the gang at Carmine’s."

It's understandable that Peter would be spending a lot of time with producers for the show, but dinner with the family feels rather intimate. It could indicate that their relationship evolved into something more behind the scenes.

The Reddit user also went on to note that Julie was recently tagged in a photo back in January of her sporting a Seattle Seahawks hat — Peter's favorite team. (He even has a tattoo to prove it!) Sure, it's possible she was a Seahawks fan prior to ever knowing Peter, but some evidence is just impossible to ignore.

There are a lot of other examples listed on the Reddit page that really make it seem more than likely that Peter and Julie are currently together. However, not everyone is a believer in this theory, particularly when it comes to Reality Steve, who seems not only unconvinced by the evidence, but entirely confident that it isn't true.

"Gonna make this as simple as possible for every1 since it’s all I get asked now," he tweeted on Feb. 8. "It’s garbage, there is absolutely nothing to this, it makes zero sense & people are desperately grasping at straws bc the ending isn’t out yet. Hope that clears things up."

He doesn't go on to explain the reasoning behind the statement, yet given his impressive track record over the years in regards to Bachelor spoilers, his opinion is definitely worthy considering. Fans will find out one way or another during the finale, but of all the theories currently out there, this one is definitely the most fun (and intriguing) one to consider by far.