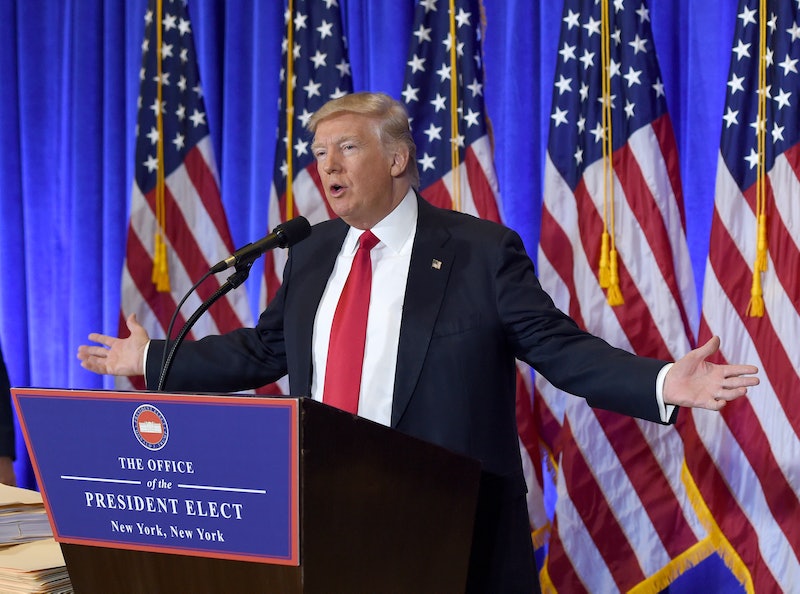 I’m feeling a little nauseous after Donald Trump’s first press conference since he was elected president. There are several different octaves of nausea that Trump’s impending presidency causes for me: there’s the acute stomachache of the threatened repeal of Obamacare; there’s the more aggressive indigestion of Trump’s aggressive treatment of China and supplication of Russia; and then there’s the longterm, deep-bowels unease of Trump’s treatment of the press. At Wednesday morning’s press conference, this unease flared up into full-blown stomach flu when, addressing the controversial and unconfirmed intelligence report published by Buzzfeed News on Tuesday, Trump said “I have great respect for the news, and freedom of the press and all of that.”

It may seem strange to focus on such a seemingly innocuous, even on-face First Amendment-positive statement, but within the context of the presser, Trump’s words about the press should send chills down the spine of every free-thinker from Anchorage to Key West.

Trump’s evaluation of whether the press is “good” or “bad” is whether or not they speak highly of him. What’s disturbing about Trump’s statement is that it shows he doesn’t subscribe to the basic tenets of the First Amendment. Tacitly adding on “and all of that” turns one of our most preciously held democratic values into an afterthought, something you pay homage to because you have to.

I should be clear here: I don’t think that Trump has sat down and carefully considered his position on the press. Sometimes it seems as if the president-elect is one giant brain stem: all impulses and reactions and no consideration or reflection. The dust-up between Trump and CNN’s Jim Acosta toward the end of the press conference, and subsequent reports that Trump’s incoming press secretary Sean Spicer threatened to chuck Acosta from the presser if he attempted another question, are more akin to the lashing-out of a threatened animal than the logical animus of a malicious political mastermind.

So what can be done? The media will have to do most of the heavy lifting itself, and is already doing it: ABC’s Cecilia Vega picked up the question from Acosta that Trump refused to answer.

But we can also show our support for fair and balanced media by supporting news organizations like NPR, The New York Times, the Washington Post, or more importantly, your local newspaper.

It’s still unclear how Trump’s White House Press Corps will operate (will news organizations get punished the way they were in the campaign?) but one thing is for sure: the freedom of the press is definitely in danger.