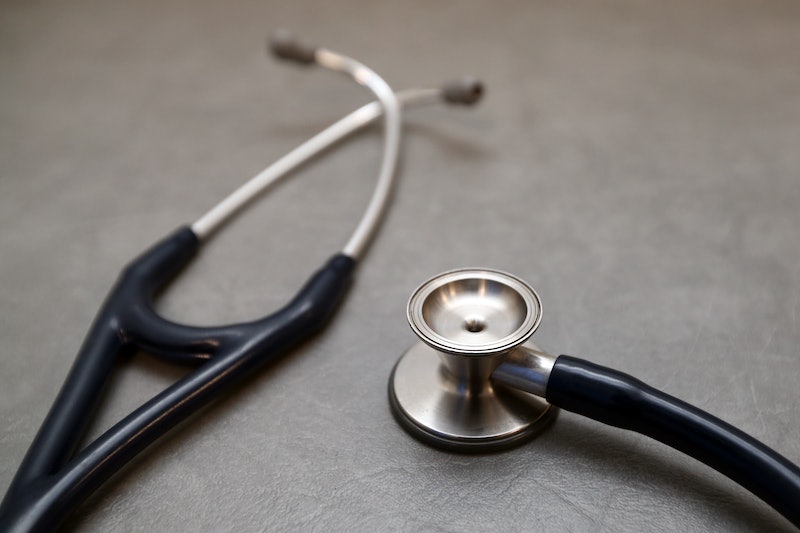 In an eyebrow-raising feature in the Dallas Medical Journal, a Texas doctor said the gender pay gap is fair because female doctors supposedly don't work as hard as their male counterparts. Plano internist Gary Tigges suggested the pay gap will continue to exist unless female physicians take matters into their own hands. He later attempted to walk back the comments after the feature circulated around social media, sparking its own conversation about misogyny in medicine.

"Yes, there is a pay gap. Female physicians do not work as hard and do not see as many patients as male physicians. This is because they choose to, or they simply don't want to work the long hours," Gary Tigges said in the Dallas Medical Journal's September issue.

Tigges' comments were part of a two-page spread in the journal's "Women in Medicine Issue." The spread focused on a report that a female doctor makes about two-thirds of a male doctor's salary, according to the Dallas Morning News. Tigges' words were joined by responses from seven others about how to address pay disparity among doctors with different gender identities.

It goes without saying that these remarks ignore the structural problems female physicians — and women at large — face with regards to pay disparity. CNN reported in May that a survey of 65,000 doctors found women earn nearly 28 percent less than male doctors. Doximity, a social networking platform for health care professionals that conducted the survey, reported that that translates to earning $105,000 less than male physicians on average each year.

Tigges then asserted that female physicians have different priorities than male physicians. "Most of the time, their priority is something else .... family, social, whatever," he said, according to photos of the magazine spread posted to Twitter.

On Saturday, Tigges told the Dallas Morning News that he doesn't actually agree with his comments — but also that he didn't know they would be published. "My response sounds terrible and horrible and doesn't reflect what I was really trying to say. I'm not saying female physicians should be paid less, but they earn less because of other factors," he told the newspaper. "But it was not my intention to say female physicians are lazy or don't work as hard."

The medical society said it was important to publish Tigges' words. "When I read this response, I was outraged, as many female physicians are today. However, I believe that to incite change, we must expose the issues that need changing," Gabriela Zandomeni, chair of the medical society's communications committee, told the News.

And Tigges' comments did start a conversation about misogyny among medical professionals. Numerous doctors and other medical professionals posted on social media that these types of opinions aren't anything new. "Hi Gary- Lumping all women who practice medicine into one group and criticizing their work ethic makes as much sense as lumping all internal medicine doctors from Texas into one group and saying they are all mysogynists [sic]. I know that’s not true," Nina Vincoff, chief of breast imaging and ambulatory strategy at Northwell Health, wrote on Twitter. If the gender pay gap among doctors is ever going to end, this is a conversation that needs to happen.