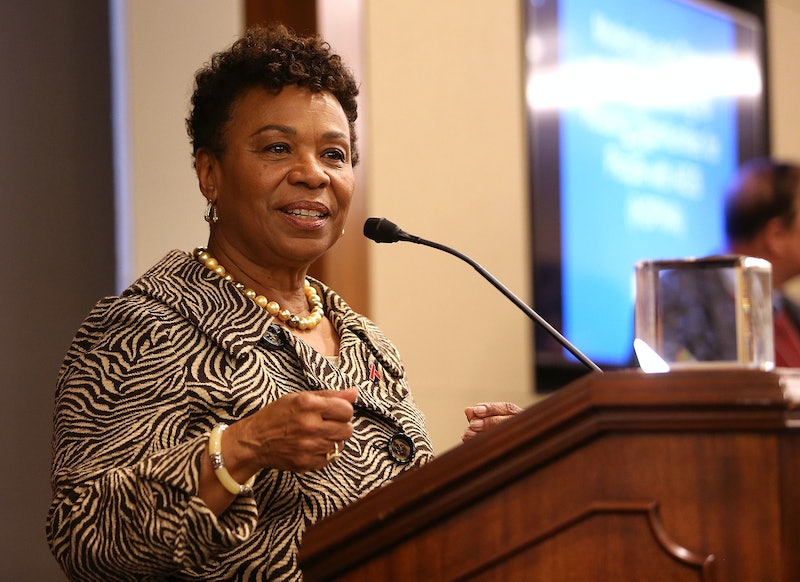 Even before the new administration takes office, it seems that Republicans are already moving forward in making good on some of the party platforms they've been touting. Namely, this includes the GOP's latest efforts to dismantle the nation's health care. House Speaker Paul Ryan announced this week that not only does Congress intend to repeal the Affordable Care Act, it also plans to defund Planned Parenthood along with it.

California Congresswoman Barbara Lee took to Twitter to point out that this will leave many women without health care options, and she's right. According to Planned Parenthood, nearly 80 percent of the people the organization serves have incomes at or below 150 percent of the federal poverty level. These people would be most negatively affected if their health care is taken away and the government also decides to defund Planned Parenthood.

The news is much worse when you realize that a little something called the Hyde Amendment remains intact today. The piece of legislation already prohibits Planned Parenthood from using certain federal funds for abortions, unless a special circumstance is met. Essentially, this means the GOP is planning to eliminate funds for procedures other than abortions, such as breast exams, pap tests, STI tests, and HIV tests.

A new year may have finally rolled along, but the ongoing attack on Planned Parenthood and women's reproductive freedom isn't looking up at the current moment. However, the defunding of the organization hasn't been set in stone just yet.

The tiny ray of hope is that CNN has reported that there are two pro-choice Republican senators who may vote against the bill because of its intention to defund Planned Parenthood. Susan Collins of Maine and Lisa Murkowski of Alaska have not committed to approve the bill yet. And if they and just one other senator refuses to pass it with the Planned Parenthood language included, it won't be able to get through the Senate.

It's a long shot, but we'll have to wait to see what actually happens and what goes into the bill when it's introduced. In the meantime, it's important to be in contact with your representatives to voice your opinion. If you personally have the funds available, you might also consider donating to Planned Parenthood to help it continue to provide health care to women. Whatever happens, there's sure to be a long fight for the future of women's reproductive rights.