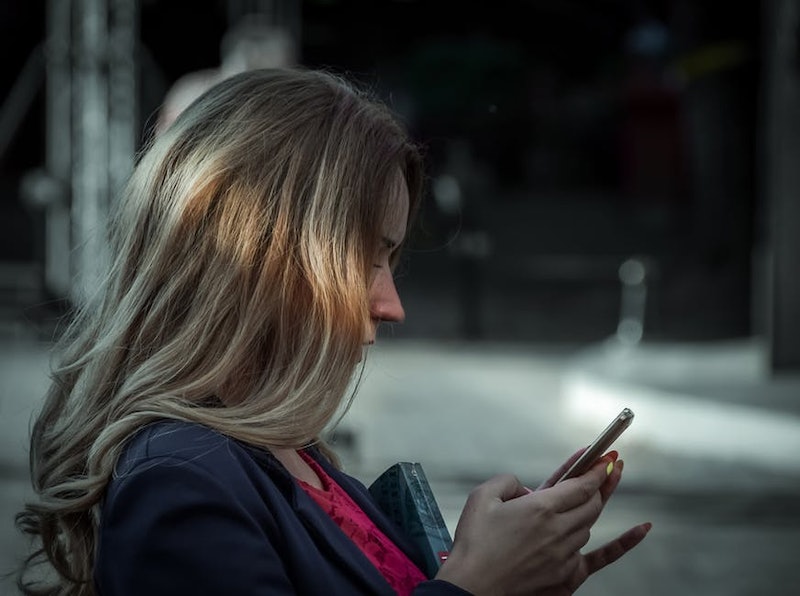 I'm sure you haven't made it this far without receiving one, regardless of your gender or orientation. You thought the conversation was going so well, and you're really starting to like this one — or at least flirting with them. Or maybe you were just minding your own business and living your life on the internet. Regardless, it's just damn awkward to receive an unsolicited dick pic. You open your phone beside yourself, confused, and kind of grossed out. You're sitting there thinking, "Wait, is this my fault?" or "What in the hell did I say to deserve this?"

This is also why this woman's unsolicited dick pic costume for an internet-themed party is both hilarious and painfully real. When writer Clementine Ford shared an image of her friend Amy, who showed up to the party in a racy dick pic costume, she basically dropped the mic on anyone else's thematic costumes. I would certainly like to be a fly on the wall as people reacted to that. Wouldn't you?

Anyone bold enough to show up in a dick costume is ready to make a statement, and Twitter was (mostly) here for it — since the image started going viral it has inspired a ton of responses online.

Receiving an unsolicited dick pic imposes a certain twist to every conversation even if you don't want it to. If you address it, you run the risk of looking like you wanted it, or "encouraging" the behavior. If you don't, there's an awkward silence that can kill a good conversation for good — and the icky feeling that a guy can just go ahead and harass women without any consequences. Ultimately, it's a fight or flight kind of situation.

But really, what is a girl to do? (Aside from dress up like an unsolicited dick pic, of course.)

While some just indulged in the hilarious moment, users decided to get in on the fun — Twitter, I would wager, is the undefeated when it comes to a witty caption.

And it looked like Ford's friend showed everyone in that room just how dick pics can really break up the party.

Laughs aside, the point here is to consider what it might be like to have to stare at someone else's junk in the privacy of your own phone — it is a form of harassment, and not to be taken lightly.

PSA to anyone whose automatic response to that last one was, "I bet she wanted it/enjoyed that" — you are part of the problem. You're doing awful, sweetie. Do better.

And of course, it wasn't a hit with everyone.

Unfortunately, some men even took a moment to post their unsolicited dick pics on the thread, which underscores what women have been trying to say forever: Stop being a dick!