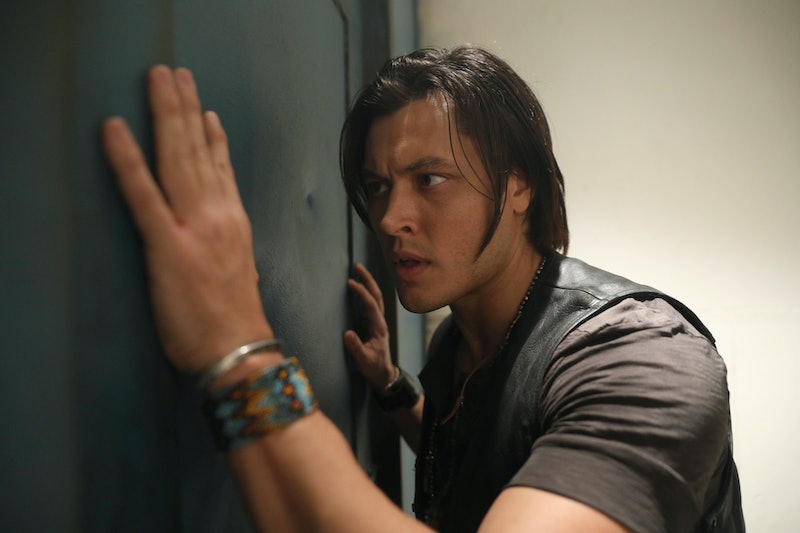 There are a lot of X-Men. The number of characters who have, at one point or another, been a member of the X-Men is well into the hundreds and the Fox series The Gifted is shining a light on some of the series' lesser known heroes. While mutants like Wolverine and Professor X have long held the spotlight, The Gifted is taking heroes like Blink and Polaris and introducing them to a broader audience. Another one of The Gifted's core mutants is Thunderbird (Blair Redford) — who was close to becoming a legendary member of the X-Men. A look at Thunderbird's Marvel background shows that he was almost destined for greatness, especially since he was introduced in the same issue as X-Men superstars Wolverine, Storm, and Nightcrawler.

Thunderbird was introduced in Giant-Size X-Men #1 in 1975, alongside multiple X-Men members who would go on to become major figures in the franchise and eventually help define comic book movies in the first X-Men film trilogy. These new X-Men, which also included Colossus, Sunfire, and Banshee, were recruited by Professor Xavier to become a brand new X-Men team. So why did Wolverine, Storm, Nightcrawler, and Colossus go on to be major X-Men characters for years while Thunderbird has barely been mentioned in the X-Men franchise for over 40 years? It seems that Thunderbird was always intended to be a temporary character.

In his original run in the Marvel comics, Thunderbird (whose real name is John Proudstar) was recruited to help save the original X-Men lineup from the island of Krakoa. The mission was successful, leading to Thunderbird's promotion to full-time member of the X-Men. However, Thunderbird only had one mission in him, and he perished in only his third issue. While many of the X-Men that Thunderbird was introduced alongside went on to become comic book royalty, Thunderbird himself never got the chance. If the series had gone even slightly differently, Wolverine could've been the one that didn't last past his third issue, and Thunderbird could be headlining box office blockbusters.

Of course, like nearly every single superhero that has been in a Marvel comic book, John Proudstar didn't stay dead. Thunderbird was resurrected a few times after his death, but never stayed alive for much longer than his initial run. Sadly, the most lasting element of Thunderbird's legacy is his younger brother, who is a notable mutant in their own right. James Proudstar briefly adopted the name Thunderbird before settling on Warpath. Warpath sought revenge on the X-Men for the death of Thunderbird, but ending up joining the X-Force team, one of many sub-teams within the larger X-Men universe. Despite being introduced after his brother, Warpath was the first of the Proudstar brothers to appear in the X-Men cinematic universe in X-Men: Days Of Future Past.

One of the most disappointing things about Thunderbird's short lifespan is that he could have served as an early example of a positive Native American figure in comic books. While other Native American mutants like Warpath and Danielle Moonstar serve as representation in the X-Men universe, there's no denying that having a mutant on the same level as Wolverine and Storm would have been more impactful in the long run.

Thunderbird has long been a footnote in X-Men history, but The Gifted is breathing new life into this overlooked mutant. It's a major win not just for the character, but for Native American inclusion in comic book media and network television. Hopefully The Gifted's Thunderbird isn't as disposable as his comic book counterpart, and fans will finally get the chance to see him evolve into the hero that he never got to be the first time around.

More like this
‘RHOSLC’ Star Jen Shah’s Arrest & Legal Drama, Explained
By Brad Witter and Jake Viswanath
Nicola Coughlan Shared A Lady Whistledown Excerpt From ‘Bridgerton’ Season 3
By Grace Wehniainen, Alyssa Lapid and Sam Ramsden
A New 'And Just Like That' Table Read Pic Confirms A Key Character's Return
By Jack Irvin and Grace Wehniainen
You’ll Definitely Recognise Both Of Ty Tennant’s Parents
By Maxine Harrison
Get Even More From Bustle — Sign Up For The Newsletter