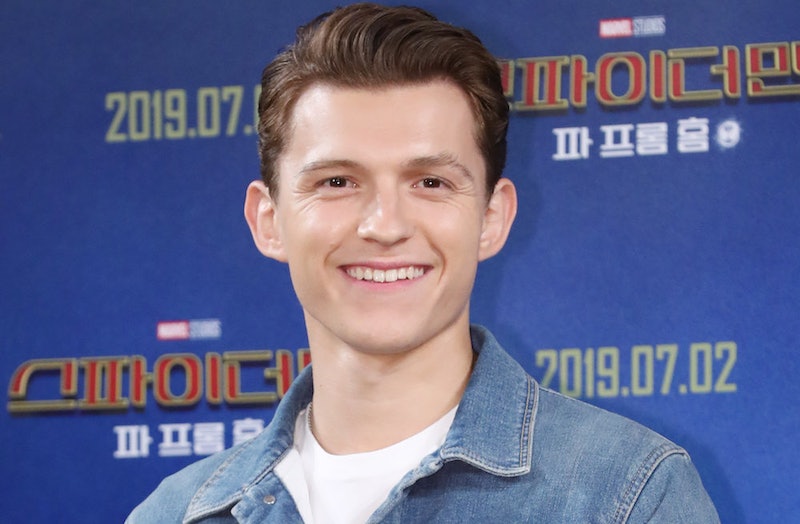 Not even Spider-Man can escape the dangers of social media obsession. Tom Holland said he deleted Instagram after he became “obsessed” with it. While his account is still active, Holland told E! News in an interview on Friday that he deleted the app from his phone in an effort to take a break from technology. Alongside co-star Chris Pratt, Holland discussed his new Pixar animated film Onward and its themes of magic beyond the realm of technology. When asked about the one thing in the technology world he’d want to get rid of, Holland pointed to Instagram.

“I don’t have Instagram right now. I just had to get away from it and take a break,” Holland said. “It was taking over my life, and I was becoming obsessed by it. Like, 'How many likes did I get?' and 'What did people say about my picture?' and ‘Who's doing this?’ and ‘Who's doing that?’”

He continued, “I found myself focusing more on my Instagram life than I was on my real life." The actor has since been on an Instagram hiatus. Holland added of the social media platform, “I think you use it as a distraction to distract yourself from things you don't want to face in life. So, when you step up and face them, you can get over them and you become happier."

In theaters on March 6, Onward is an animated film that follows two teenage elf brothers, Ian (Holland) and Barley (Pratt), who venture on a journey to discover if there’s “still a little magic” left out in the world, per its synopsis. The film will also star Julia Louis-Dreyfus, Octavia Spencer, and Ali Wong. Pratt told E! of the “emotional” brother-centric film, “It makes you laugh. It makes you cry. It's really good. It's hard to explain exactly what it is about this movie that makes it an emotional journey, but thankfully we don't have to sell it too hard, 'cause it's Pixar.”

Onward’s press tour isn’t the first time Holland has dished on his Instagram habit. In a video segment for GQ last September, Holland went undercover on Reddit, YouTube, and various other social platforms and revealed plans then, too, to take a break. “I’m gonna delete the [Instagram] app,” he said. “It’s taking over my life a little bit. It’s going. After this interview, I’m gonna do it.”