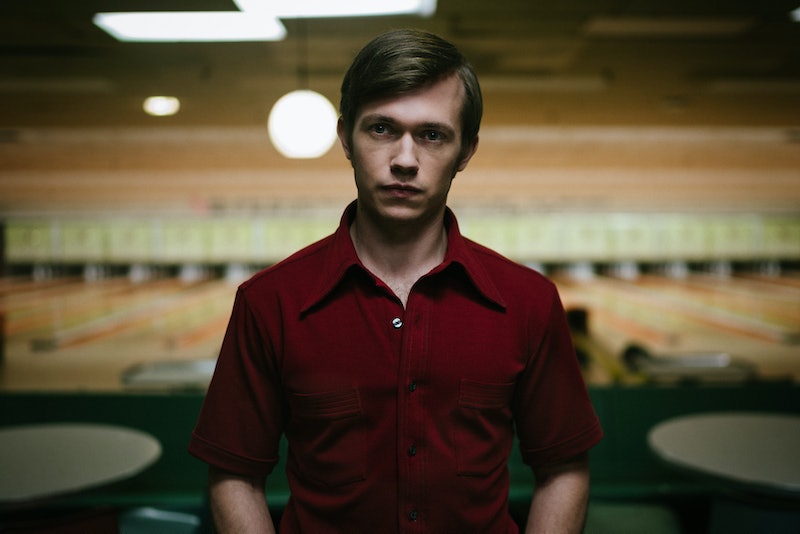 Every bloody revenge show needs a great and terrible villain, and in Hunters, that's Travis Leich. Played by English actor Greg Austin, Travis is a fanatical, cold-blooded Nazi willing to do whatever necessary to enact the Fourth Reich in the United States — putting him repeatedly at odds with Meyer Offerman's (Al Pacino) band of Nazi hunters. Fortunately, Travis is not based on a real person, but Austin did research several serial killers as inspiration for the role.

"I did a lot of research into psychopaths," Austin told BUILD of his preparation. He cited Ted Bundy in particular, saying that studying the killer's "charisma, self-confidence, and complete lack of empathy" helped him to hone in on who Travis really is. "That's one of the key things with a psychopath," Austin continued. "They cannot empathize with anyone else, so it's completely all about just themselves and the power they want to exert."

Though Austin told Entertainment Weekly that Travis is an American "golden boy" who wasn't born into the dogma of Nazism, Travis falls into it as a young adult because it allows him to exercise his "cruel" nature. "He's a normal American kid that has somehow been caught up with this re-emergence of Nazis, because it allows him to express his violence and his lust for chaos," Austin explained to the outlet.

It would be easy to say that Travis is just a fictional creation, but as BuzzFeed documented through photographs, Neo-Nazis were very much alive and active during the '70s. Rather than disappearing after World War II, they simply adjusted with the times and went by different names. BuzzFeed's photos show them harassing civil rights protestors and anti-war demonstrators, as well as calling for the closing of the American border along Mexico.

There's also plenty of merit to Hunters' premise of Nazis secretly hiding out in America. According to the Associated Press, an estimated 10,000 suspected Nazis emigrated to the U.S. after World War II. Eric Lichtblau wrote in his 2014 book The Nazis Next Door that this was often with the direct assistance of the CIA, who saw the Nazis as potential spies and informants in the Cold War against the Soviet Union (a 2010 report from the Department of Justice confirmed this). This went on until 1979 — around the time that Hunters takes place — when media reports and congressional interest spurred the creation of a Nazi-hunting unit within the Justice Department. With this context, it's easy to see how Travis could have been influenced early on by a neighbor who just so happened to be a Nazi.

Finally, though the show takes place during the '70s, the way Travis is styled seems to deliberately reference the Neo-Nazis of today. Travis' polo shirt and hairstyle, for example, call to mind the Neo-Nazis and white supremacists who marched through the University of Virginia campus with torches in Charlottesville in 2017, as many of the men photographed wore outfits similar to Travis'.

This all makes for a terrifying portrait of a unhinged young man that hits eerily close to home. As IndieWire's Ben Travers wrote in his review of Hunters, how much you like the show is dependent on your capacity to enjoy such a "harsh blend of fact and fiction." Its violence isn't the only thing that's hard to stomach.