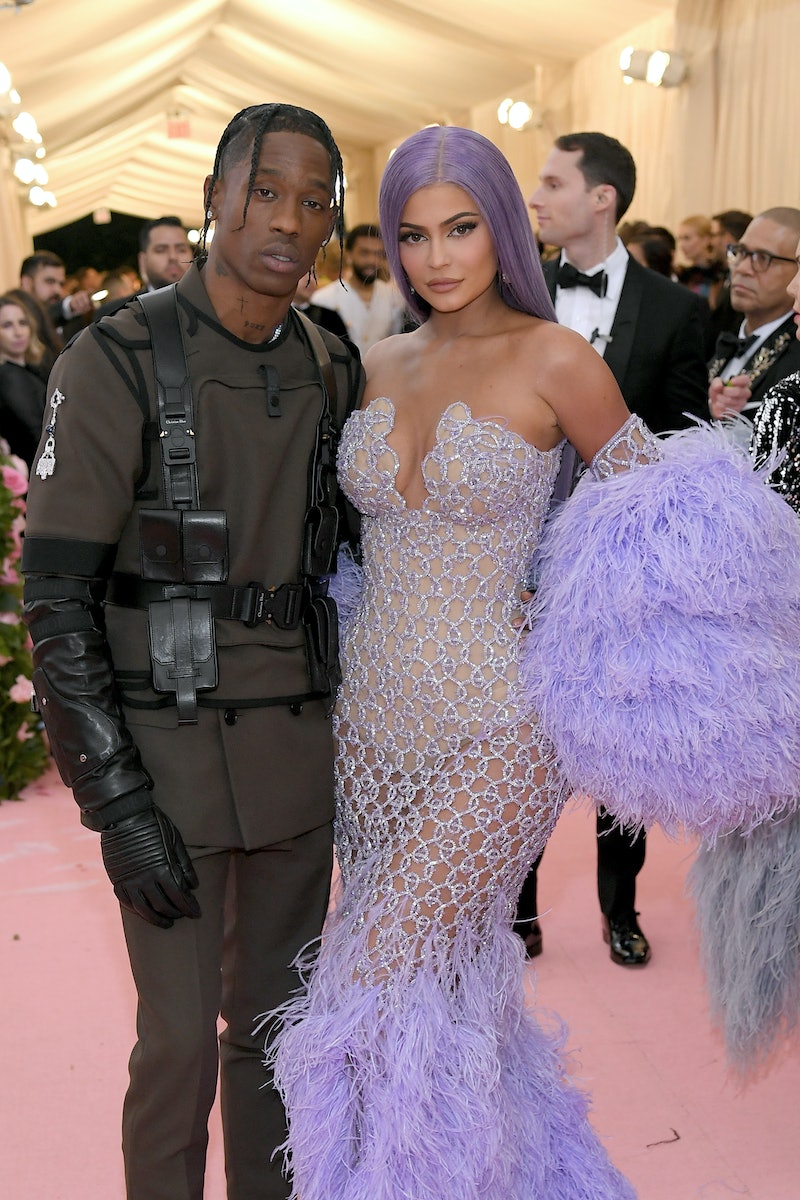 Over the weekend, Travis Scott performed as a headliner at the Hangout Music Fest in Alabama. During his set on Friday night, the rapper reportedly shared major news. According to Fader, Scott announced he's donating the proceeds from his merch at that show to Planned Parenthood. This announcement comes after the Alabama Gov. Kay Ivey signed an abortion bill into law last week, which has been deemed the nation's strictest abortion ban to date.

The website Hot New Hip Hop obtained video footage from the Alabama performance. While Scott did not directly mention the recent ban, the rapper did share lots of love with the audience members. The Astroworld rapper told the crowd,

"I wanna just donate my net profits from our merch today to Planned Parenthood. I love y’all and I just want everyone to know that love is the strongest thing we can have."

According to Pitchfork, Scott also told the crowd, "We feel for those out in Alabama." Following those declarations, the rapper performed the song "Love Galore," which was a pretty apropos choice.

Of course, Scott was bound to make some headlines with his pledge to donate to Planned Parenthood. However, this actually isn't the first time the "Sicko Mode" rapper used a musical performance to benefit the greater good. In January, Scott signed on to perform at the Super Bowl halftime show. Nevertheless, there were some strings attached to that deal, according to Billboard.

The rapper only agreed to perform if the NFL would make a joint donation to benefit social justice. As a result, Scott and the NFL linked up to donate $500,000 to Dream Corps, an organization founded by Van Jones. According to the organization's mission statement on its website, "The Dream Corps closes prison doors and opens doors of opportunity for all." Fittingly enough, the mission statement further describes Dream Corps as an organization that "brings people together -- including very unlikely allies."

In his own statement at the time of the Super Bowl, Scott declared, "I back anyone who takes a stand for what they believe in." He went on to say,

"I know being an artist that it’s in my power to inspire. So before confirming the Super Bowl Halftime performance, I made sure to partner with the NFL on this important donation. I am proud to support Dream Corps and the work they do that will hopefully inspire and promote change."

Scott is right — being an artist is about so much more than just the music. He has a voice that people listen to and he can make a major impact during his performances, even when he isn't rapping.

In fact, plenty of concert goers shared their reactions to Scott's Planned Parenthood donation on Twitter.

It would have been very easy for Scott to keep his performance solely about the music. Instead, he decided to use his voice, take a stand, spread some love, and ask others to support his efforts for a noble cause. Similarly, his girlfriend Kylie Jenner posted on Instagram Story about the abortion ban last week, sharing a screenshot of the 25 Republican senators who passed the bill and writing, "makes me sick."

After word began to spread about Scott's donation, Jenner shared another Instagram Story on Monday, showing her support. She added a few emoji hearts to an image that read:

"Travis Scott is donating all his merch profits from Hangout Fest 2019 to Planned Parenthood organizations in support of women in Alabama."

Like with most celebrities' actions these days, there will probably be at least some criticism in response to Scott's donation, but at least he received a lot of support from the audience, on social media, and hopefully at the merchandise stand.

Editor's Note: This story was updated on May 22 to include Jenner's Instagram Story in support of Scott.

More like this
Britney Spears Shares Unknown Details Of Conservatorship In New Voice Notes
By El Hunt
Mel C Wants You To Know That Margaret Thatcher Wasn’t A Spice Girl
By Darshita Goyal
Everything To Know About Taylor Swift’s 10th Studio Album, 'Midnights'
By Grace Wehniainen and Jake Viswanath
What Demi Lovato Really Thinks About Child Stardom, Depression, & Sobriety
By Radhika Menon
Get Even More From Bustle — Sign Up For The Newsletter