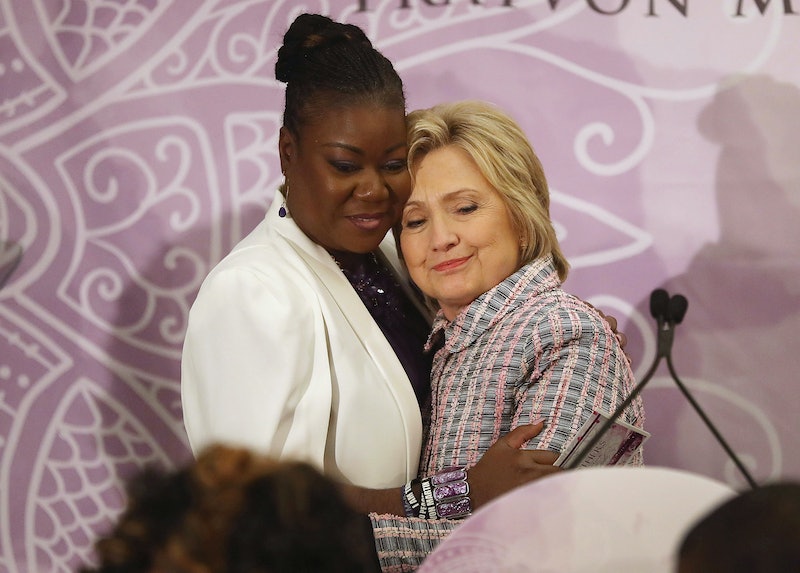 When Sybrina Fulton, Trayvon Martin's mom, decided to run for office, she was already familiar with life on the campaign trail. She'd been out on the road with former Secretary of State and then presidential candidate Hillary Clinton in 2016. In a new interview on The Hill's "Rising" program for Hill.TV, Trayvon Martin's mom said Hillary Clinton inspired her run for office. She said it pushed her in "the right direction."

"Campaigning for Secretary Clinton made a big difference," Fulton told Hill.TV. "It kind of planted the seed for me, but I still wasn't ready until I prayed on it, and it took almost a year in order for me to decide to run."

Fulton didn't make the decision lightly. "I did my research and decided, you know, what seat I fit best for and what position and how I feel like I can make change in my very own community," she told Hill.TV.

Fulton is running for one of the five open spots on the 13-member Miami-Dade County Commission. She announced her campaign in May. "Since 2012, I have advocated tirelessly to empower our communities and make them safer," she said in a statement announcing her candidacy. "But the work is not done. I am proud to announce that I will run to represent District 1 on the county commission."

When endorsing Clinton, Fulton also spoke about gun control. "With so many of our children's lives on the line or taken, we simply can't afford to elect a Republican who refuses to even acknowledge the problem of senseless gun violence," Fulton wrote during the Democratic primaries in 2016. "The rising generation of our young people need a President who will stand up to inaction from Republicans and indifference from the NRA."

Then, on the campaign trail she also spoke about gun violence, sharing about losing her son. "That is why we are here tonight with Hillary Clinton, and that is why, in memory of our children, we are imploring you, all of you, to vote this Election Day," Fulton said at a campaign event in 2016. "Hillary is one mother who can ensure our movement will succeed."

But according to her interview, there are other issues she hopes to tackle for the county in addition to gun violence. "Another thing that I'm interested in is health care — I want to make it more affordable," Fultan told Hill.TV. "I'm looking into home ownership, I'm looking into rentals because people can't simply afford to live in the areas that they work."

She also referenced some other areas that she would focus on in her statement announcing the campaign. "Our county must continue moving forward so our families are safe from violence, can afford to live in Miami-Dade, and have access to good paying jobs," Fulton said in her statement announcing her run. "I am ready to take on these issues and many others in county government."

Fulton became a prominent activist and gun control advocate after her son's death. He was unarmed but was shot to death by George Zimmerman, who was later acquitted of all charges related to the shooting. The incident helped spark the creation of the Black Lives Matter movement.

If elected, she will not be the only mom who lost a child to run. In Georgia, Lucy McBath, whose son Jordan Davis was killed in a shooting, was elected to the House of Representatives in the 2018 midterms.