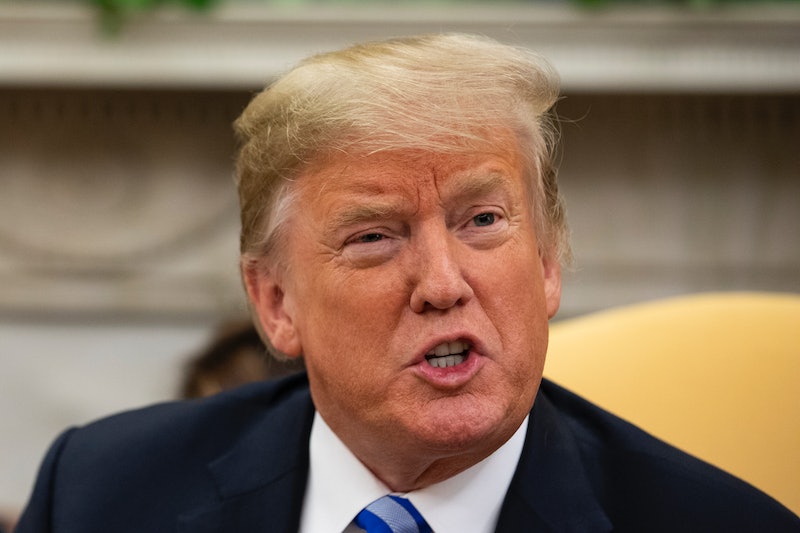 Titled as I Am Part of the Resistance Inside the Trump Administration, the anonymous administration official wrote, "President Trump is facing a test to his presidency unlike any faced by a modern American leader."

"The dilemma — which he does not fully grasp — is that many of the senior officials in his own administration are working diligently from within to frustrate parts of his agenda and his worst inclinations," the author added.

Almost instantly after the New York Times piece was published, social media erupted with guesses on who it could have been written by as well as criticism about the supposed "resistance" posturing of the piece.

Bashing the op-ed in front of the press, Trump boasted about his popularity. "The poll numbers are through the roof. The poll numbers are great. And guess what? Nobody is gonna come close to beating me in 2020 because of what we've done," the president said on Wednesday afternoon.

New York Times' editors had prefaced the piece with the message: "We believe publishing this essay anonymously is the only way to deliver an important perspective to our readers." The piece was published anonymously out of concern that it would would jeopardize the official's employment, according to the publication's editors.

Distancing itself from the "leftist" variety of resistance, the op-ed writer goes on to briefly praise Trump's presidency. "Don’t get me wrong," the writer said. "There are bright spots that the near-ceaseless negative coverage of the administration fails to capture: effective deregulation, historic tax reform, a more robust military, and more."

Apparently, according to the official, others in the administration are concerned about Trump's performance as well. "Given the instability many witnessed, there were early whispers within the cabinet of invoking the 25th Amendment, which would start a complex process for removing the president," the official wrote.

After claiming that he would win the 2020 presidential election, Trump said that CNN and New York Times as well as “all of these phony media outlets” would be out of business after his presidency. The reason for this hypothesized-about collapse would be that “there will be nothing to write” and “there will be nothing of interest," according to the president.

"They don't like Donald Trump and I don't like them," Trump said. After calling the op-ed a "gutless" creation, Trump left the press briefing as his supporters cheered and whistled for him. White House Press Secretary Sarah Huckabee Sanders commented on the piece as well. "We are disappointed, but not surprised, that the paper chose to publish this pathetic, reckless, and selfish op-ed," Sanders said.

"The individual behind this piece has chosen to deceive, rather than support, the duly elected President of the United States," she said. "He is not putting country first, but putting himself and his ego ahead of the will of the American people. This coward should do the right thing and resign."