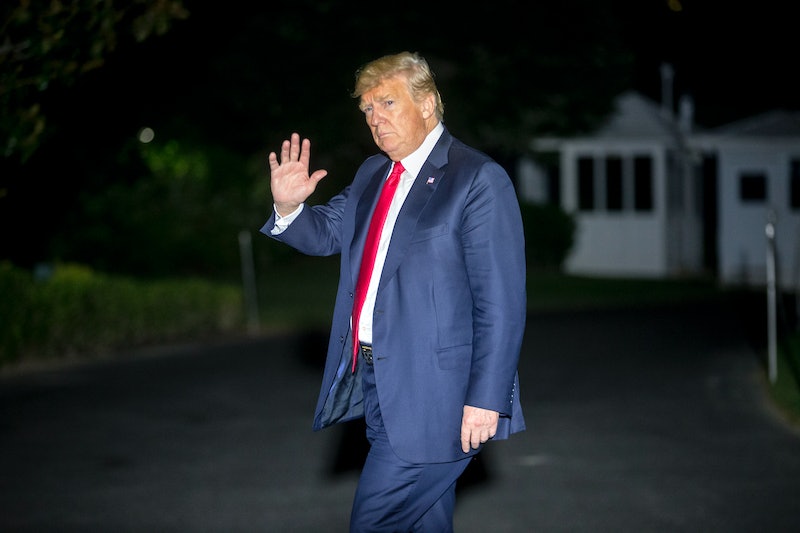 "I had a lawsuit prepared, a lawsuit that was prepared to be filed against NBC because they leaked that tape," Trump said in the interview. He alleged that NBC "leaked" the tape to The Washington Post in order to evade liability.

In October of 2016, just weeks before the presidential election, The Washington Post published a copy of the tape, which was recored in 2005. It included audio of Trump speaking with former Access Hollywood host Billy Bush. During the most infamous portion of the tape, Trump claimed that he can grab women's genitals because he is famous:

Trump told the The Daily Caller that he was ready to sue NBC over the alleged leak, but that he ran into a problem. Since he had ultimately won the election, he said, he didn't have the ground to argue that the tape's release had a massive, negative effect on him.

"I had a lawyer hired to bring a suit right after the election ended, but one problem arose," Trump said. "I won the election."

In other words, there may not have been any damages to sue for.

Trump revealed more than just his alleged lawsuit draft. He also suggested that there were "questions" about the tape itself.

"There’s even questions about the tape, there’s many things going on," he said, claiming that he was secretly recorded, and that it "was illegal what they did." Bustle has reached out to the White House for comment.

Bush discussed the comments in an op-ed published in The New York Times last December.

"Along with Donald Trump and me, there were seven other guys present on the bus at the time, and every single one of us assumed we were listening to a crass standup act," Bush wrote. "He was performing. Surely, we thought, none of this was real. We now know better."

Why Trump decided to divulge this information nearly two years after the fact is unclear. Though he did apologize for the remarks he made on the tape, he also dismissed its contents as locker room talk.

For now, there is no new legal movement between Trump and NBC, though the president's comments on Tuesday have renewed discussion around the tape as a whole. As is often the case with the current administration, scandals tend to reappear every few months or so, and the infamous Access Hollywood tape is no exception.