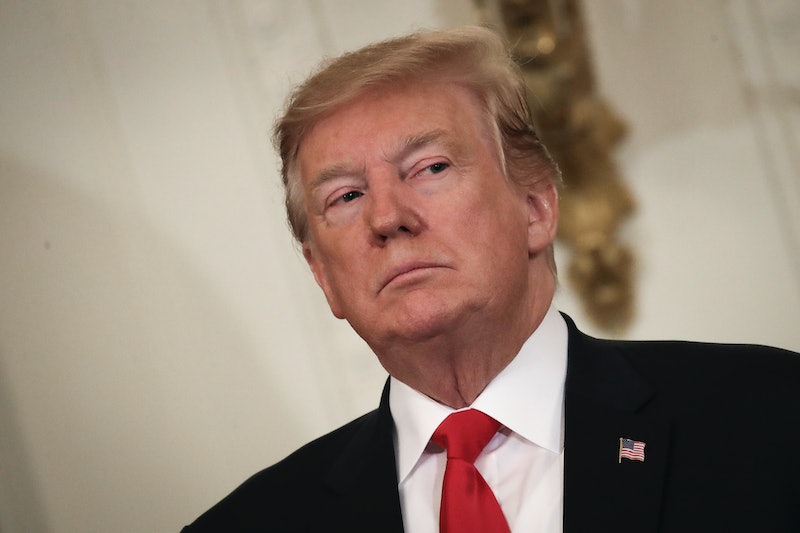 Last year, when President Donald Trump honored the 2018 National Teacher of the Year, he said he was proud to continue a tradition upheld by "every president since Harry Truman." This year, however, despite the decades of tradition, Trump is skipping the National Teacher of the Year awards ceremony, according to a spokesperson for the group tasked with organizing the annual program. Education Secretary Betsy DeVos is expected to honor this year's winner in his place.

A spokesperson for the Council of Chief State School Officers told POLITICO that the council had been led to believe that President Trump would not attend this year's National Teacher of the Year award ceremony. According to the council, this year is expected to be at least the tenth time in the program's 67-year history that a president has not personally honored the award's winner, opting instead to have another member of their administration, such as the first lady or the vice president handle the event.

The Council of Chief State School Officers told CNN that this year's winner, social studies teacher Rodney Robinson, would be honored by DeVos on Monday in a ceremony hosted on White House grounds. A spokesperson for the education secretary later confirmed her role in the ceremony to POLITICO.

But while the National Teacher of the Year award ceremony is a long-held tradition, Trump's had a somewhat nontraditional history with the program. In his first year honoring program winners, Trump opted against hosting the ceremony in the White House's East Room or Rose Garden as past presidents have done. Instead The Washington Post reported that Trump invited the teachers to stand around him as he sat at his desk in the Oval Office. What's more, the paper also reported that Trump refrained from inviting that year's national winner to speak, as had been tradition.

Trump hosted a more traditional ceremony the following year, when he honored Mandy Manning, a teacher in Spokane, Washington's immigrant and refugee community. It was then that Trump touched on the decades of tradition behind the event, telling the crowd, "Every President since Harry Truman has honored the National Teacher of the Year, and I'm proud to continue this tradition with this year's recipient."

Last year's award ceremony came as Trump proposed and/or implemented a number of controversial immigration policies and in her few minutes alone with the president, Manning handed him letters written by her immigrant and refugee students. In an essay for The Hill, Manning said she'd hoped the letters would enable Trump to see that refugees "are committed to giving back by becoming productive citizens of the United States." According to The Washington Post, Manning also wore a series of buttons and pins promoting equality, including one bearing the slogan, "Trans Equality Now," while accepting her award from President Trump.

Robinson, the 2019 National Teacher of the Year, teaches social studies and history at the Virgie Binford Education Center inside the Richmond Juvenile Detention Center in Richmond, Virginia, according to the Council of Chief State School Officers.