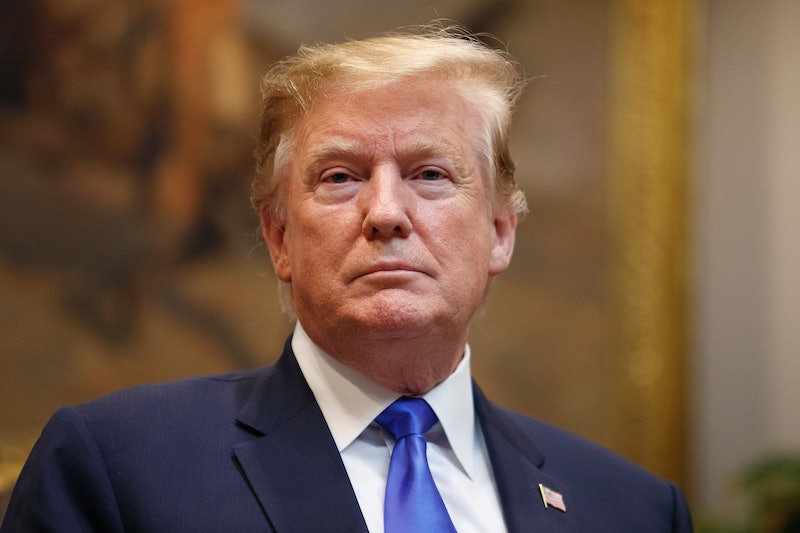 A United Nations committee tasked with monitoring racial discrimination will no longer include an American delegate, Politico reports. According to the publication, President Donald Trump won't renominate a U.N. racism official to the Committee on the Elimination of Racial Discrimination.

Per Politico, the Trump administration stopped the renomination of Gay McDougall, the current U.S. representative on the committee. Until the administration intervened, Politico reports, McDougall and other State Department officials were under the impression that she would be renominated. McDougall is an Obama-era elected official, according to the news outlet.

“Although the United States did not nominate a candidate this year for election to the committee, that in no way diminishes our global leadership on efforts to eliminate racial discrimination,” an unnamed Trump administration official told Politico.

“I regret that I’m not able to continue, and that was not of my choosing," McDougall told Politico. Per the news outlet, the White House has not provided a justification for declining to renominate her.

However, this is not the first time that the Trump administration upset norms surrounding U.S. participation in the United Nations and its subsidiary committees. Last summer, the administration pulled out of the U.N. Human Rights council, according to NPR, arguing that the group was biased against Israel.

At the time, then-U.N. ambassador Nikki Haley similarly underscored that U.S. withdrawal from the committee did not mean that the United States was taking issue with the committee's cause.

"I want to make it crystal clear that this step is not a retreat from human rights commitments," Haley said in a statement at the time, according to NPR. "On the contrary, we take this step because our commitment does not allow us to remain a part of a hypocritical and self-serving organization that makes a mockery of human rights."

McDougall was elected to the U.N. committee in 2015, according to The Root. The committee she served on meets three times a year and is in charge of monitoring a 1960s convention aimed at combating racial discrimination, according to its website.

It wasn't immediately clear over the weekend whether the U.S. failing to renominate an official to the committee would have a long-term impact on the country's participation. An unnamed State Department official told Politico that the decision not to put a name forward "cements the narrative that the Americans just don’t care about these kinds of things anymore."

President Trump has batted heads with the U.N.'s missions in the past. While the body values international collaboration and working together to solve international issues, Trump has long promoted an America-first foreign policy. And in addressing the General Assembly in 2018, according to USA Today, for example, the president praised concepts like sovereignty and what the paper's editorial board described as "self-interest."

Such a reputation suggests that refusing to renominate McDougall to the committee may not be entirely out of character. How this decision may impact the United States' relationship to the larger U.N. body remains unclear.